Data on display
Recession and recovery: Employment change by industry 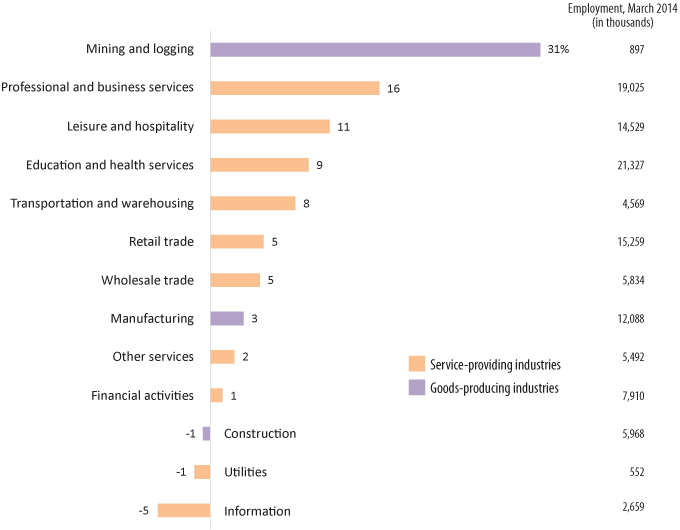 How well are U.S. industries recovering from the last recession? Data from the U.S. Bureau of Labor Statistics (BLS) show that most industries added jobs between June 2009 and March 2014, a period spanning the end of the recession into the ongoing recovery.

Private service-providing industries added 7.2 million jobs, compared with 0.5 million for goods-producing industries over that period. But, as the chart shows, the mining and logging industry had the greatest percent increase in employment. The next largest percent increase, by nearly half, was for professional and business services. Employment fell in three of the 13 industries in the chart—construction, utilities, and information.

The employment data in the chart are from the BLS Current Employment Statistics program. For more information, visit www.bls.gov/ces or call (202) 691-6555.