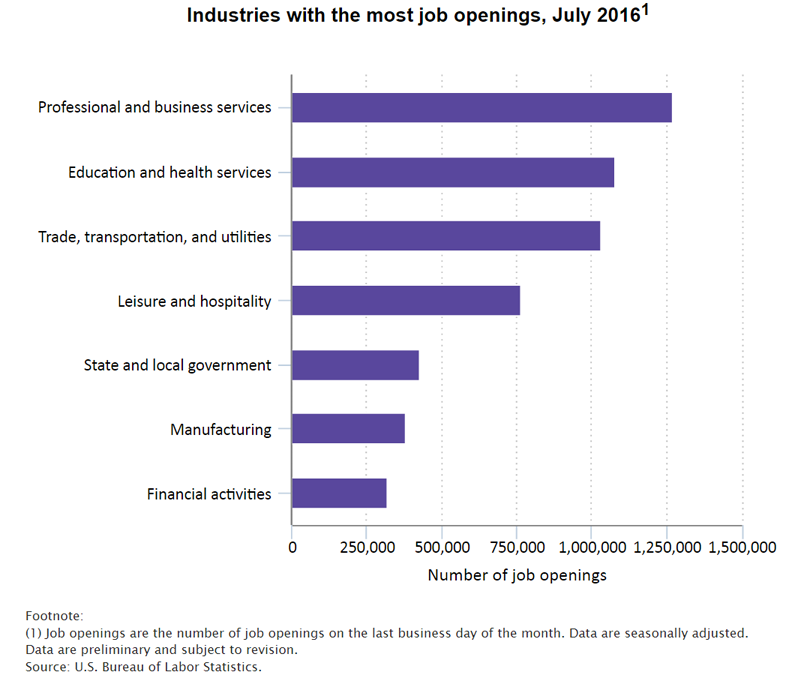 In a given month, which industries had the most job openings? There’s a stat for that. It’s called the job openings number, and it’s from the U.S. Bureau of Labor Statistics (BLS). This statistic measures unfilled vacancies in nonfarm industries on the last business day of the month.

Education and health services had the second most job openings in July 2016. Most of these openings were in health care and social assistance.

The number of job openings in several industries has more than doubled since the end of the most recent recession in 2009.

In addition to answering questions about the current job market, BLS data give a glimpse of the coming decade. And BLS projects millions of new jobs in both the professional and business services and the education and health services sectors between 2014 and 2024. In the latter sector, healthcare is expected to dominate growth, with employment in healthcare and social assistance projected to increase faster than in any other sector over the 2014–24 decade.