A college degree lets employers know that you’ve learned skills in a specific field. And with a degree in liberal arts, the skills you’ve honed include those that employers want in their workers.

According to studies from the National Association of Colleges and Employers (NACE), employers often rank skills such as critical thinking and communication—hallmarks of liberal arts training—above technical aptitude as essential for career readiness. “Liberal arts study helps students develop strong foundational competencies,” says Paul Timmins, director of career services for the College of Liberal Arts at the University of Minnesota in Minneapolis. “It gives them tools to succeed beyond their first job.” 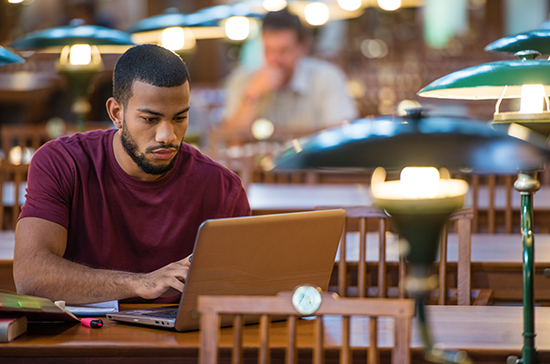 Robert Vega, director of liberal arts career services at the University of Texas at Austin, agrees. “Regardless of the industry, we need people who can solve problems, write well, speak well, bring multiple perspectives to decision-making; we need people who are good managers, who are cross-culturally competent,” he says. “All of that is liberal arts.”

Keep reading to learn more about liberal arts fields and how majoring in these subjects can help you in the job market. We also highlight data from the U.S. Census Bureau to show employment and wages of workers with bachelor’s degrees in some liberal arts fields.

What are the “liberal arts”?

Definitions of liberal arts vary. Some limit the designation to literature and the arts. But others, including liberal arts colleges, expand the definition to encompass the social and natural sciences as well.

In the broadest sense, a liberal arts education is an approach to learning that involves diverse coursework so students develop a range of knowledge. Generally speaking, it’s designed to prepare students for a variety of career options, rather than for a specific occupation. 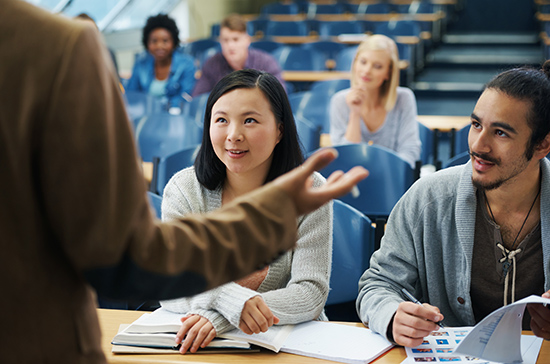 Within the subjects, students may focus on a particular discipline, such as geography. But some schools offer a major in liberal arts or liberal studies, which provides an overview of many subjects instead of a single one.

Interest to career. Your personal interests may relate to career options in ways that aren’t immediately apparent. If you enjoy self-expression, for example, majoring in theater studies could help you develop the speaking ability and creativity that are important in public relations.

Other interests relate more directly to occupations. If you like researching topics and writing papers, for example, you might decide to major in English with a goal of working as a writer.

Employment and wages by degree field

Where do liberal arts graduates work? The charts in this section show American Community Survey (ACS) data for liberal arts graduates under age 35, by selected fields of bachelor’s degree with full-time employment of more than 100,000 in 2015. Each chart shows the top-employing occupations for that degree field, along with wages.

Descriptions of each field are adapted from National Center for Education Statistics Classification of Instructional Programs information. Compare the wage data with $40,210, the ACS median annual wage for all college graduates under age 35 employed full time in 2015.

Younger workers often earn less than older workers, whose wages may increase as they gain experience and become established in careers. An interactive tool from an advisory group called the Hamilton Project shows how occupations and earnings in your major differ by sex and age.

Commercial art and graphic design. Students with this major learn how to apply artistic and computer techniques to communicate ideas through illustrations and other forms of media. There were 186,503 recipients of a bachelor’s degree in this field in 2015, with a median annual wage of about $40,940 for full-time workers under age 35. (See chart 1.)

Communications. In this field, students focus on the comprehensive study of speech and rhetoric, including its social and political applications. There were 373,736 recipients of a bachelor’s degree in communications in 2015, and full-time workers under age 35 had a median annual wage of about $41,600. (See chart 2.)

Economics. Students majoring in economics analyze the production, conservation, and allocation of resources. In 2015, there were 219,289 recipients of a bachelor’s degree in economics, and full-time workers under age 35 had a median annual wage of about $52,450. (See chart 3.)

English language and literature. Students with this major focus on the structure and use of the English language, including dialects, literatures, and cultures of English-speaking peoples. There were 226,034 recipients of a bachelor’s degree in this field in 2015, and full-time workers under age 35 earned a median annual wage of about $38,710. (See chart 4.)

Fine arts. To prepare students to function as creative visual artists, this field includes instruction in the theory and techniques of traditional and modern media. In 2015, there were 122,841 bachelor’s degree recipients in fine arts; full-time workers under age 35 had a median annual wage of about $36,000. (See chart 5.)

History. History majors study and interpret past events, institutions, issues, and cultures. There were 189,532 recipients of a bachelor’s degree in history in 2015, and full-time workers under age 35 earned a median wage of about $39,520 annually. (See chart 6.)

Journalism. Students in journalism focus on the theory and practice of gathering, processing, and delivering news. In 2015, there were 122,434 recipients of a bachelor’s degree in journalism, with full-time workers under age 35 earning a median annual wage of about $41,330. (See chart 7.)

Political science and government. This field involves study of the institutions and behaviors of groups that make decisions for a country, state, or other authority. There were 222,762 recipients of a bachelor’s degree in this field in 2015; full-time workers under age 35 earned a median annual wage of about $43,730. (See chart 8.)

Psychology. Psychology majors study the behavior of individuals and the physical and environmental bases of mental, emotional, and neurological activity. In 2015, there were 448,864 recipients of a bachelor’s degree in psychology, and full-time workers under age 35 had a median annual wage of about $35,750. (See chart 9.)

Sociology. In this field, students learn about human social institutions and social relationships. There were 163,025 recipients of a bachelor’s degree in sociology in 2015, with full-time workers under age 35 earning a median wage of about $37,860 annually. (See chart 10.)

Preparing for a career

As the data show, liberal arts graduates enter a range of career fields. And that’s because, some experts say, the skills they develop are applicable to nearly any job. But students who major in liberal arts may increase their career options by getting additional education—and by taking steps while still in school to prepare for the labor force.

Core skills. As a liberal arts student, you’ll typically take courses that involve research, analysis, and writing and that span several subject areas. In these courses, you develop both core skills and a range of knowledge that can serve you throughout your work life. “The basis of liberal arts education is a broad, multidisciplinary foundation,” says Vega. “Liberal arts majors are able to look at questions from many different perspectives and create unique approaches to answering them. We’re graduating thinkers who will solve problems of the future that we don’t even know are problems today.”

Liberal arts courses that integrate technical instruction may help you gain technical competence. “The liberal arts curriculum is changing, and students in these disciplines are learning to use new technologies,” says Mark Peltz, a dean of career development at Grinnell College in Grinnell, Iowa. “Liberal arts students really are forward thinking, innovative, and creative in these fields.”

And with its focus on wide applicability, a liberal arts degree can prepare you to use your skills in myriad ways. Such flexibility may bode well for an evolving job market. “The breadth and depth of a liberal arts education allows people to transfer their skills into new contexts,” says Lynn Pasquerella, president of Mount Holyoke College in South Hadley, Massachusetts. “Where rapidly changing technology means rapid obsolescence, that adaptability is more important than ever.”

More education. To expand your career options, you might want to consider taking business or technical courses to supplement your degree. Doing so may qualify you to enter occupations that have specific requirements, such as those in STEM (science, technology, engineering, and math) fields.

A bachelor’s degree typically isn’t enough for entry-level jobs in some liberal arts occupations, such as sociologists and historians. When deciding whether to get a master’s degree, however, it may be helpful to look at data for master’s degree by field that show which workers enjoy a wage premium for continuing their education.

Majoring in liberal arts also provides a foundation for study toward a professional degree, such as law. Many types of graduate programs—including those as specialized as business and medicine—are open to qualified applicants from any field of study, including liberal arts.

A good way to gain workplace skills is through experiential learning. Some colleges and universities offer programs or encourage internships to help students get a glimpse of careers, gauge work preferences, and boost confidence. “You have to get out there and build those skills that may lead to a career,” says Timmins. “Sometimes, you may realize from an experience that it’s not what you want to do, and that’s fine. You’ve learned something really important.”

With the right attitude and preparation, say experts, your liberal arts degree can take you in as many directions as your career goals allow. “When people ask, ‘What are you going to do with that liberal arts degree?’ the answer is: ‘Whatever I want,’” says Pasquerella. “It’s your capacity to see how the skills you acquired can be transferred that’s important.” 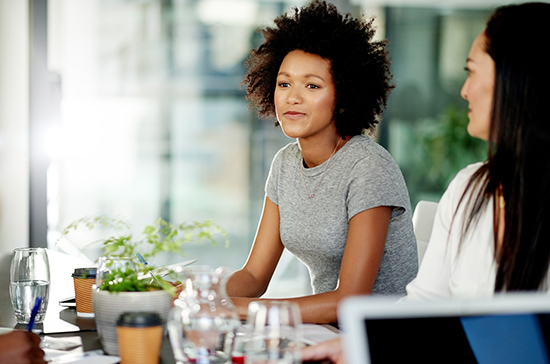 The Occupational Outlook Handbook (OOH) has additional information about occupations that relate to liberal arts. This resource describes hundreds of occupations, including their job duties, typical education and training requirements, pay, and job prospects.

In addition, to help you look for jobs with occupational titles that are relevant to your major, the U.S. Bureau of Labor Statistics (BLS) and the National Center for Education Statistics link hundreds of instructional programs, including liberal arts majors, to standard occupational titles.

Other recent Career Outlook articles that may be of interest to liberal arts majors include:

Domingo Angeles and Brian Roberts are economists in the Office of Occupational Statistics and Employment Projections, BLS. Domingo can be reached at angeles.domingo@bls.gov. 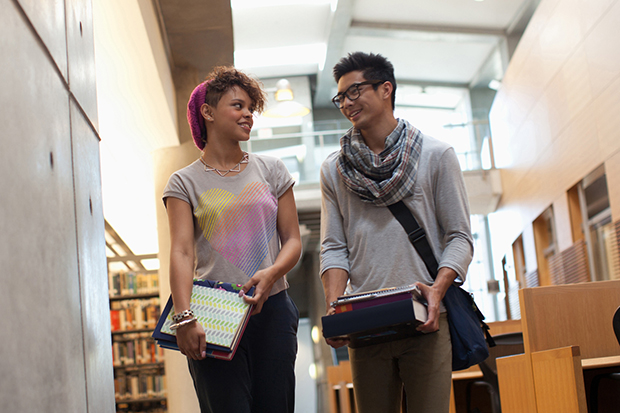