From premed to physician: Pursuing a medical career

Premed student Matthew Zelig has wanted to become a doctor ever since taking a college biology class in which he learned about cancer. “The desire to understand and treat serious illnesses, like cancer, has shaped my time as a student,” he says. “It’s inspired me to do everything I can to become a doctor.”

As Zelig and other premed students know, becoming a physician requires an academic commitment to complete 4 years of medical school and up to 7 years of training after earning a bachelor’s degree. It also demands commitments of money and time to meet all the requirements, which vary by state. Only you can decide for yourself whether such investments are worthwhile.

The data in this article may help with your decisionmaking on the path from premed student to doctor. 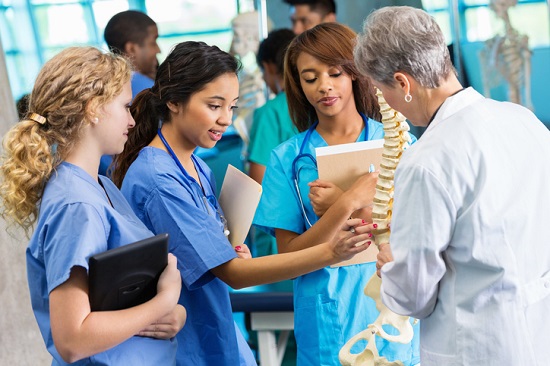 Many students launch their physician or surgeon career goals as undergraduates in a premed program. Medical schools generally require students to have core knowledge of the life and physical sciences—including chemistry, physics, and biology—along with subjects such as English and calculus. Learning these disciplines helps students prepare for medical study.

As table 1 shows, biology was the most prevalent major for physicians and surgeons who were employed in 2015. Although science subjects were popular fields of an undergraduate degree for these doctors, liberal arts subjects such as English, history, and fine arts also made the list.

Science majors often must supplement their classroom time with laboratory time. Laboratory research is strongly encouraged for premed students. To build research credentials, consider enrolling in a summer program or applying to internships that involve working in a lab, such as those with the National Institutes of Health. Demonstrated commitment to volunteering in the community also is encouraged. 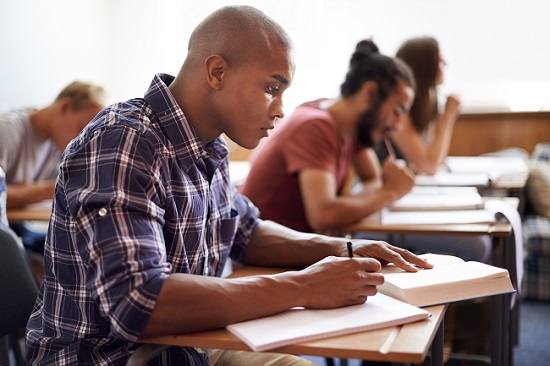 In addition, shadowing a doctor at work is recommended for prospective medical students. Job shadowing involves following a doctor during his or her interactions with patients. Not only can shadowing give you a perspective on the day-to-day realities of providing healthcare, but it also may help confirm your plans.

Admission to medical school is competitive. According to the Association of American Medical Colleges, of 53,000 medical school applicants in the 2016–17 school year, about 21,000 matriculated—that is, 40 percent of first-year applicants were accepted and enrolled in the fall of 2016.

There are two types of medical degrees in the United States: Medical Doctor (M.D.) and Doctor of Osteopathic Medicine (D.O.). Both degrees require 4 years of medical school in addition to a bachelor’s degree. Both also allow physicians and surgeons to use the same treatment methods, but D.O.s may emphasize preventive medicine and holistic care.

Regardless of which degree students decide to pursue, medical school typically begins with preclinical education. This phase focuses on science, physiology, disease processes, and treatment with a combination of classroom instruction and experiential learning. Preclinical students often work with a practicing physician who mentors them in applying their knowledge of patient care.

Following the preclinical phase, advanced medical education finds students engaging in clerkships at hospitals or clinics affiliated with the school. Clerkships involve participating on a healthcare team and assuming a number of responsibilities that increase over time. Students may do a variety of rotations—including, for example, internal medicine, surgery, and anesthesiology—to get a feel for which specialties interest them.

In addition, third- and fourth-year students begin the process of taking a three-part series of licensing exams required for physicians and surgeons to practice medicine. Students usually must pass the first two parts of these tests before graduating from medical school.

The number of medical degrees conferred increased almost 44 percent between 1990–91 and 2014–15, according to data from the U.S. Department of Education National Center for Education Statistics. Although M.D. degrees continue to be more common than D.O. degrees, chart 1 shows that the latter have increased their share of the total over the 25-year period.

To become a licensed physician or surgeon, medical school graduates must continue their training in a residency program. According to American Medical Association data, there were more than 131,000 medical residents in 2016. As table 2 shows, the ranking for common residency specialties for M.D.s differed somewhat from that for D.O.s.

Residents usually work in a hospital or clinic under the supervision of an attending physician. They may work a fluctuating number of hours per day doing the duties of a physician or surgeon, including interviewing patients. And residents generally are “on call” during some shifts—a status that requires extended and overnight hours.

Residencies generally last 3 to 7 years. The purpose of a residency is to continue experiential learning, exposing medical graduates to a variety of patients and diagnoses. Residents usually are scheduled to work in different rotations so that they become familiar with the duties and environments they may encounter as physicians or surgeons. If they want to practice a subspecialty in a niche field, residents may need even more years of training.

After completing their residency, doctors are eligible to apply for an unrestricted medical license, allowing them to work in private practice or at a hospital or clinic. Doctors may enter a 1- or 2-year fellowship to learn techniques or research in a particular specialty. 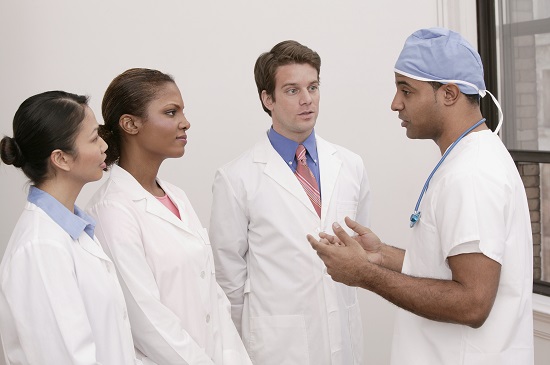 Working as a doctor

The specific duties of physicians and surgeons vary by specialty. But tasks generally include ordering diagnostic tests, reviewing test results and recommending a treatment plan, and discussing patient self-care, such as proper nutrition.

Most physicians and surgeons work full time, and many have irregular schedules that require them to be on call and to take overnight or weekend shifts. And they may stand for long periods while interacting with patients. In addition, they may encounter hazardous materials or situations and may need to wear protective gear, such as latex gloves.

Data from the U.S. Bureau of Labor Statistics (BLS) show that about 82 percent of physicians and surgeons worked in the healthcare and social assistance industry sector in 2016. Employment was concentrated in physicians’ offices and in hospitals, with more growth projected from 2016 to 2026 for offices than hospitals. (See chart 2.)

If you’re not sure what type of medicine you’d like to practice, data from BLS may help you decide. BLS projects 91,400 new jobs and 13-percent growth in employment—faster than the 7 percent projected for all occupations—for physicians and surgeons overall from 2016 to 2026. And the mean annual wage for physicians and surgeons was substantially higher than the $49,630 mean wage for all occupations in 2016. But employment projections vary by specialty, as do wages. (See table 3.)

Not all premed students become physicians or surgeons working in medical practices and hospitals. Perhaps you’re among those who realize that you don’t want to provide patient care—or don’t want to go to medical school at all. If so, you have other options. For example, you may want to consider pursuing a degree in public health. 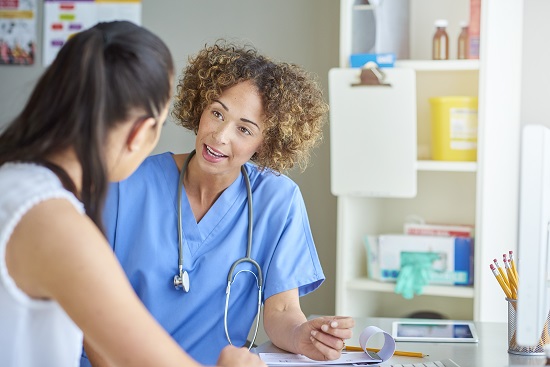 But if you do want to work with patients and just don’t want to go to medical school, or if you know you want to focus on a particular specialty, consider the occupations listed in table 4. According to BLS, the healthcare practitioners and technical occupational group is projected to add the most jobs from 2016 to 2026. This group consists of a number of healthcare occupations in addition to physicians and surgeons.

Learn more about the occupations discussed in this article, along with hundreds of other occupations, in the Occupational Outlook Handbook.

If you’re interested in science or other STEM (science, technology, engineering, and mathematics)-related subjects, you may want to explore career options besides medicine. A BLS Spotlight on Statistics provides information and data to get you started.

Detailed projections of occupations and industries are available from the BLS Employment Projections program.

Allen Chen is an economist in the Office of Occupational Statistics and Employment Projections. He can be reached at (202) 691-5868 or chen.allen@bls.gov. 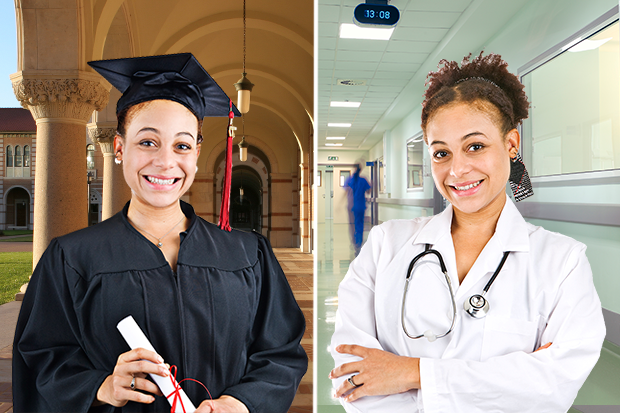