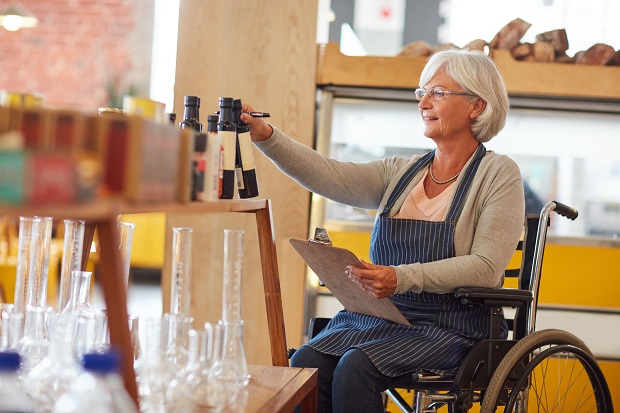 When making career plans, you may find it helpful to know which occupations are expected to have lots of openings. And if you have a disability, you might be interested in those occupations that also have high rates of employment for workers with a disability.

Projections from the U.S. Bureau of Labor Statistics (BLS) highlight occupations that are expected to have many openings annually from 2016 to 2026 for all workers, regardless of disability status. U.S. Census Bureau data show which occupations have high percentages of workers with a disability. Together, these data sources point to occupations that may offer future opportunities. 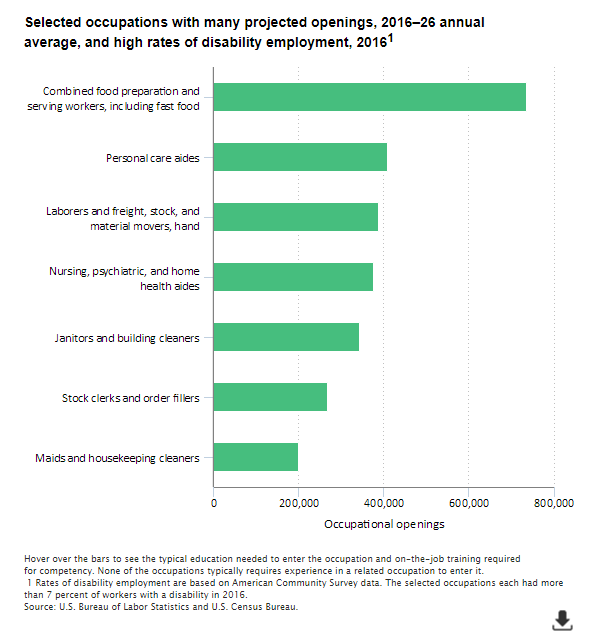 The chart shows selected occupations with many openings projected annually from 2016 to 2026 that had relatively high rates in 2016 (7 percent or higher) of employing those with a disability, compared with the national average in 2016 (5.9 percent). Employment of workers who combine food preparation and serving is projected to have the most openings annually, on average, of all occupations between 2016 and 2026. Of the occupations in the chart, personal care aides comes next—and it’s also projected to be one of the fastest growing occupations in the economy.

Nearly all of the occupations in the chart typically require a high school diploma or less education. And once hired, workers usually get on-the-job training to gain the skills they need to be competent in the occupation. (Hover over a bar to see typical education and training requirements for an occupation.)

Occupations in the chart were selected from 2016 American Community Survey data for rates of disability employment. Occupational openings data are from the BLS Employment Projections program. The projections are also featured in the Occupational Outlook Handbook, which describes what workers in hundreds of occupations do, along with their working conditions, wages, and more.