The Game of Life versus real life: How the data compare

For generations, The Game of Life board game has provided an entertaining way for people to play out their futures. Players begin by choosing either college or a career, and the rest of the game builds on that decision. But how closely does the game mirror reality?

Using data from the U.S. Bureau of Labor Statistics (BLS), we analyzed careers in a version of The Game of Life against occupations in real life. Here are five comparisons between fun and fact:

The careers for Life players who choose not to attend college include actor, athlete, chef, dancer, police officer, and singer. BLS agrees that these occupations typically don’t require a college degree for entry. The careers for players who choose to attend college include doctor, fashion designer, lawyer, scientist, teacher, and veterinarian; likewise, BLS says that to enter these occupations, you typically need a bachelor’s or higher degree.

Wages are vital in The Game of Life, because the player ending with the most money at retirement is declared the winner. But the real-life complexities of choosing a career go beyond wages—and BLS has a stat for that. For example, BLS projects faster employment growth from 2016 to 2026 for occupations that typically require a degree than for those that don’t. And fast growth may signal strong prospects for long-term career planning.

Most of the outcomes in The Game of Life are based on chance. Fortunately, in real life, BLS data can help you make informed decisions about your career.

Data on occupational employment and wages, including the wages shown in this article, are available in Occupational Employment Statistics profiles. The Office of Employment Projections provides information about the education typically required to enter an occupation and data on projected job growth, both of which appear in Occupational Outlook Handbook profiles. And to consider your personal preferences when choosing a career, data from the Occupational Requirements Survey can help you identify job-related physical, environmental, cognitive, and vocational-preparation requirements.

Elizabeth Cross is an economist in the Office of Occupational Statistics and Employment Projections, BLS. She can be reached at cross.elizabeth@bls.gov. 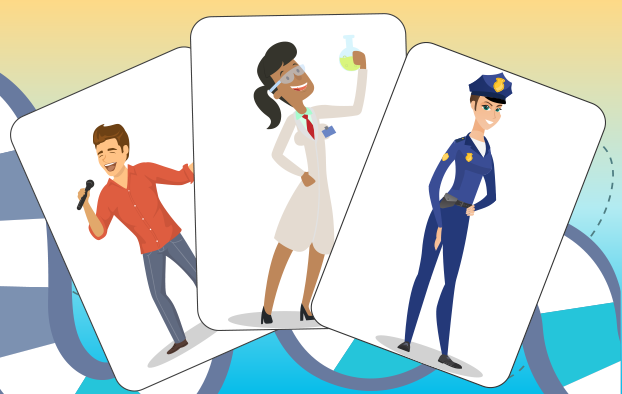