You’re a what?
covid -Robotics technician 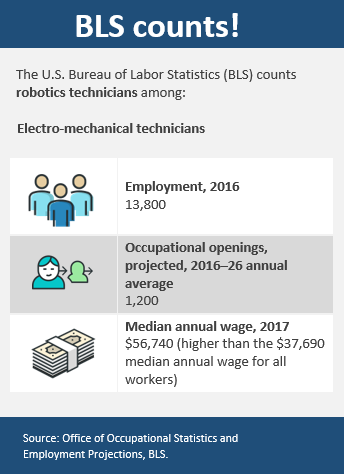 What do you do?

I work for an automotive components manufacturer. I’m the robotics technician, but I’m also the die cast engineer. I do everything from the complete setup of robots to their daily maintenance.

We have about 8 robots. The robots pick a shot [a piece of aluminum] out of a die cast machine and bring it to a trim press. They’re not really something you have to mess with a whole lot.

But in my job prior to this, we had 70 operable robots. They were welding robots, so they had torches to weld silencers to car exhaust systems. And every day, my job would be teaching a robot.

Tell me how you teach a robot.

There are different moves you can program a robot to make. We enter information through a teach pendant, an external device that controls the robot. Instead of teaching through the computer, it’s on the robot itself.

Depending on the robot you’re working with, you might use different programming languages. It doesn’t matter what the program or the make of the robot is; after you’ve learned one language, you can pick up others, because all robots are set up about the same.

What happens if a problem arises?

I figure out what the problem is and fix it.

Most robots will sound an alarm and identify what that alarm means. For example, it might tell you one of the circuit boards is bad. It will give you the exact description of what’s wrong and how to fix it. Sometimes that’s as easy as going into maintenance mode and resetting the memory.

I also have a toolbox and am on the floor repairing things. I need to keep the robots and other equipment running at peak performance.

What prepared you for this job?

I have a 2-year degree in electrical maintenance. And I did take one semester of robot training that taught me basic handling moves, such as how to get a robot to pick up a shaft and insert it into a part. In my last job, I took a class to learn how to work with those robots.

But almost everything that I learned for programming was thanks to hands-on teaching from another associate. I’d follow one of the other associates around, who would walk me through what needed to be done. It was probably about a week’s worth of training. After that, if I needed anything, I’d give that associate a call and we’d work it out.

Are there specific skills that are important for robotics technicians?

Communication is big no matter what you’re doing. Also, pretty much everything you deal with has some sort of scale or dimension, so you need to know how to read blueprints and recognize where robots are being used in the process.

And you should have basic computer skills: creating spreadsheets and presentations, doing word processing. A lot of the robots use software that you program offline and walk to the production line to upload.

But even in college, I started playing around with robots and realized: “There’s something here. This is fun.” I’m not one of those people who likes to sit a lot, so it’s definitely an opportunity to get out of the office and learn.

It keeps you busy and it’s never the same. Every day, you always learn something new, even if you’ve seen the process 100 times.

And you get to see and do a whole lot of things. For example, I once went to Japan for a couple days to see the robots we had coming. You get to learn and work with new technology all the time.

In manufacturing, you’re trying to keep the equipment running efficiently and meet your production numbers. But when robots and machinery are not functioning as they should, that leads to downtime on the production line. It’s stressful knowing that other workers are relying on you to solve a problem so they can do their jobs.

What advice do you have for someone who wants to be a robotics technician?

There’s always something new to learn, and it’s incredible what these companies have in terms of robotics. Take every opportunity you get to learn about robotics technology, because it’s the way of the future. And it’s a very entertaining career. 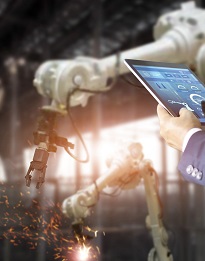