Check it out: Projections for library occupations 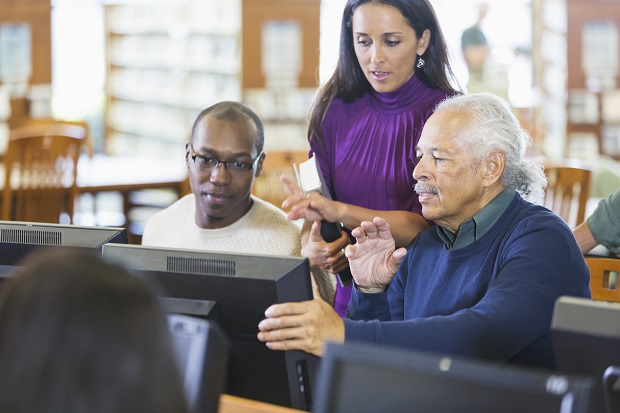 Who can help you find books, digital archives, and other resources? Library workers, of course.

Librarians, library technicians, and other library workers connect people with information. A core focus of their work involves organizing, preserving, and sharing library collections with the public. But these workers also engage with their communities in other ways: developing children’s programming, facilitating author visits, and referring patrons to government services, to name a few.

You may find them doing all of these tasks in a variety of settings, not just public libraries. And, the U.S. Bureau of Labor Statistics (BLS) projects opportunities in library occupations through 2026.

The charts and tables that follow highlight projected openings, employment, and more in library-related occupations.

Occupational openings indicate how many opportunities are expected each year, on average, over the projections decade for people entering an occupation. These openings arise from projected labor force exits, occupational transfers, and employment growth.

As chart 1 shows, BLS projects most library occupations to have higher-than-average rates of labor force exits from 2016 to 2026. Workers might exit the labor force for a variety of reasons, such as to retire or to care for family. 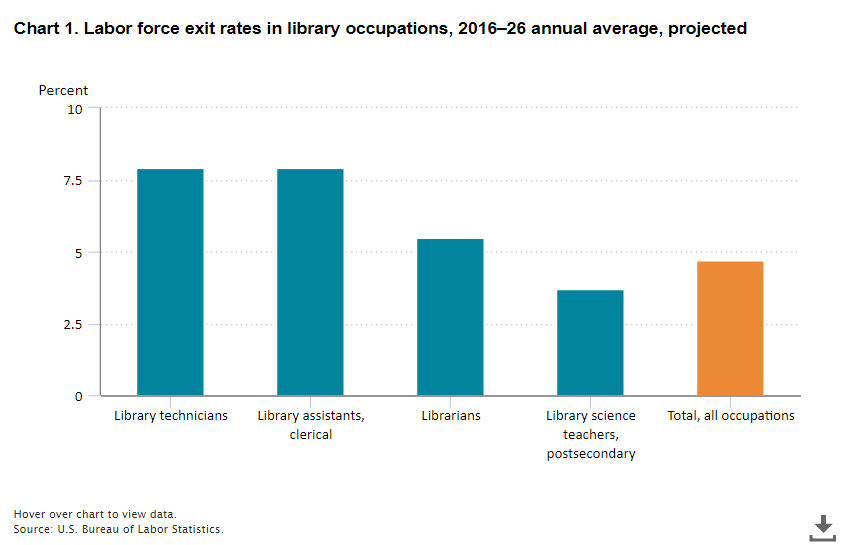 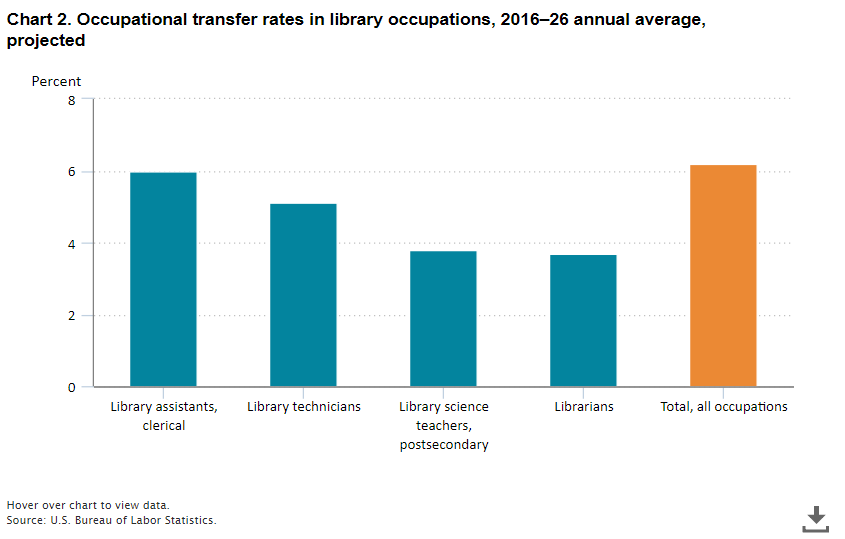 Taken together, labor force exits, occupational transfers, and employment growth are projected to result in more than 45,000 openings each year, on average, in library occupations. As chart 3 shows, most openings for these occupations are expected to stem from workers leaving, rather than from newly created jobs. 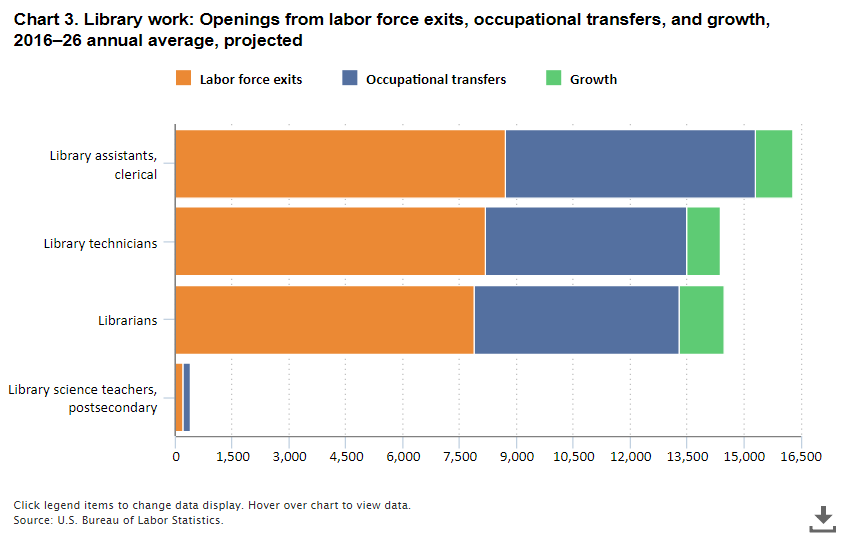 Employment and wages by occupation and industry 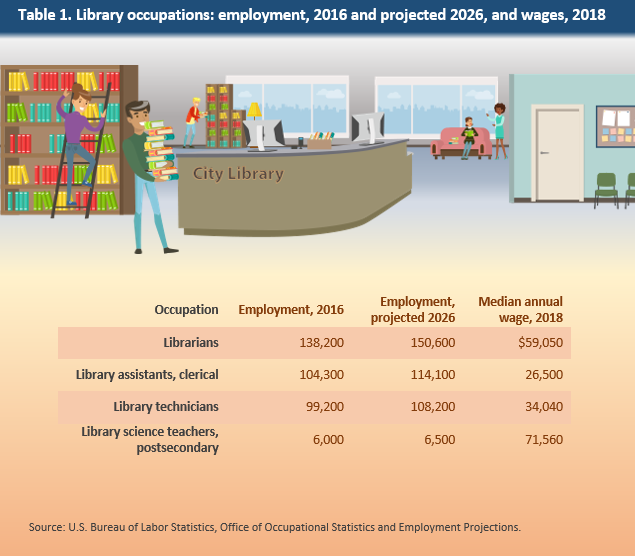 Many librarians work in public libraries run by local governments, but that’s not the only place they are employed. Special librarians, such as law, medical, and corporate librarians, work in settings other than school and public libraries. As table 2 shows, the largest industry employer of librarians in 2016 was elementary and secondary schools. This industry is also expected to add the most jobs for librarians over the projections decade. 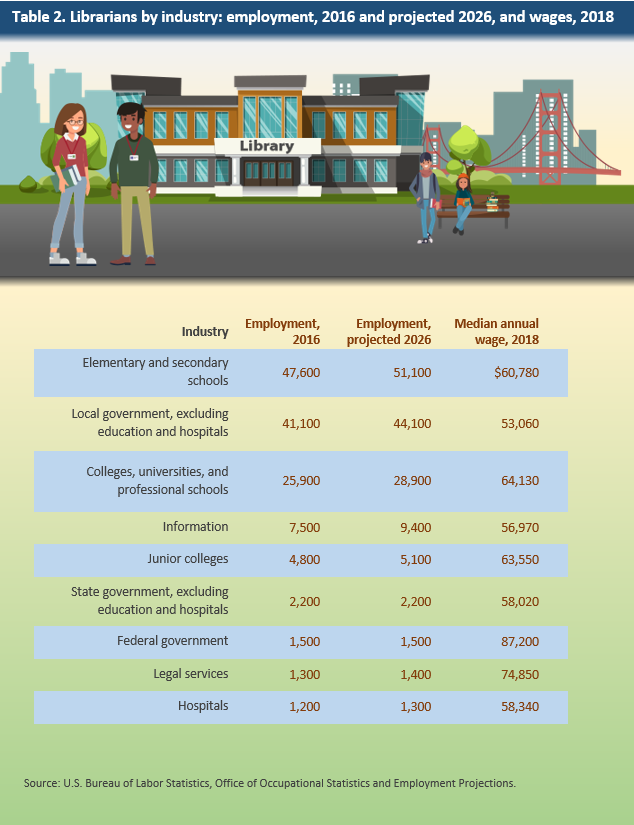 Read more about employment projections for library occupations, as well as hundreds of others, in the Occupational Outlook Handbook. To better understand the projections data, including occupational separations and projected growth, visit the Employment Projections site.