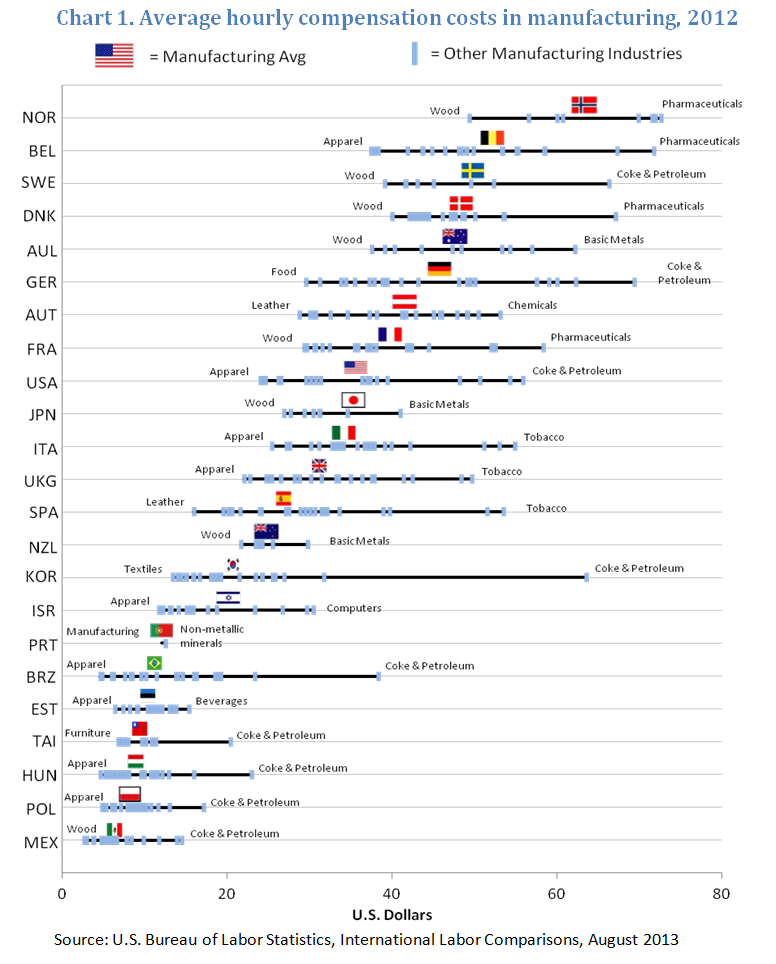 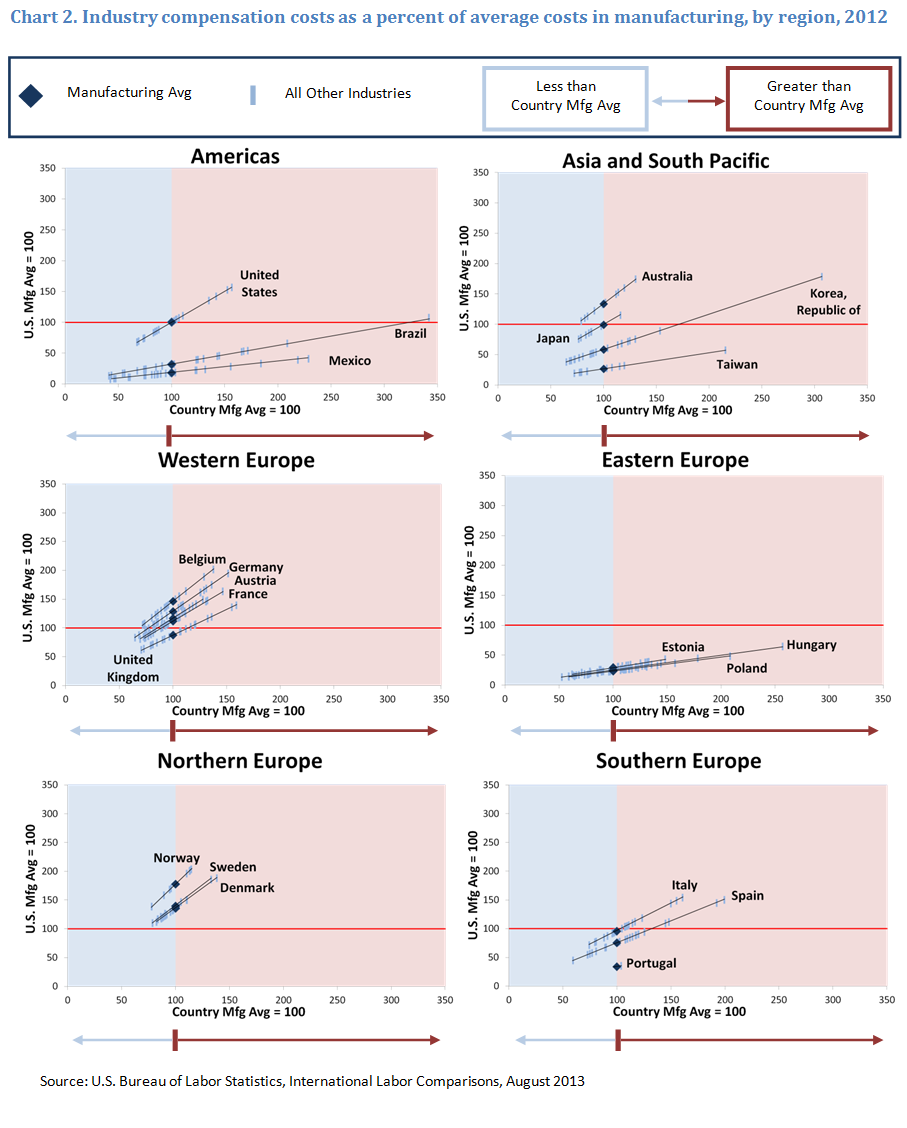 Similar to the pattern seen at the sector level, industry compensation costs in western and northern Europe are generally higher than in the United States, while costs in Asia, Latin America, and eastern Europe are generally lower. Based on 2012 compensation levels for the industries shown, the United States was relatively more competitive in the manufacture of fabricated metal and paper products and relatively less competitive in computer, electronic, and optical products and other transport equipment (also see Table 3). 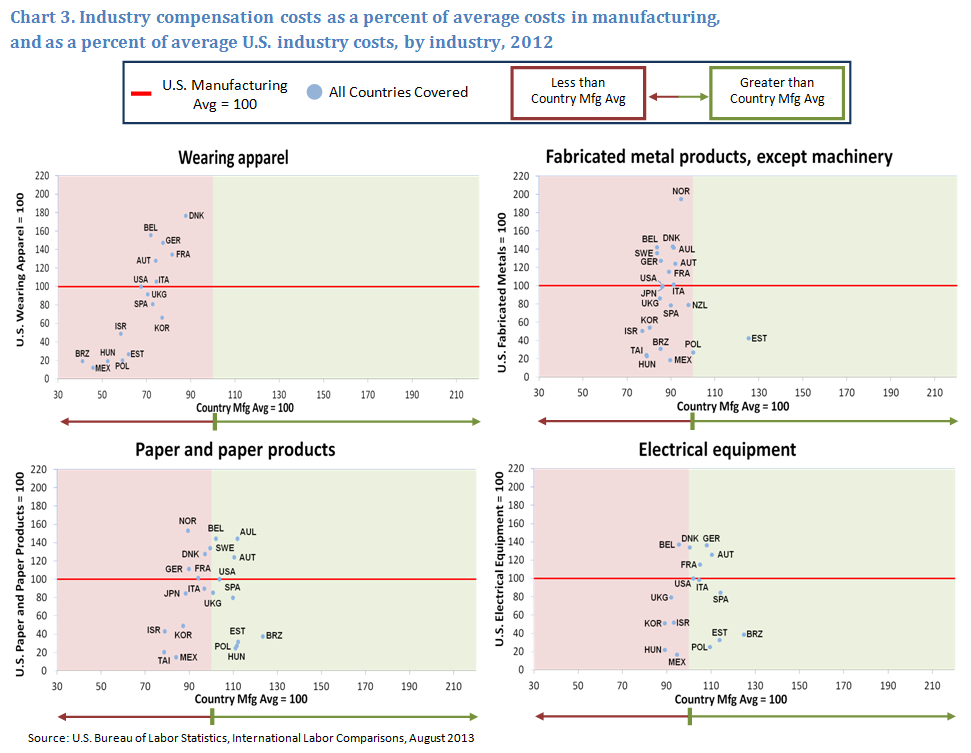 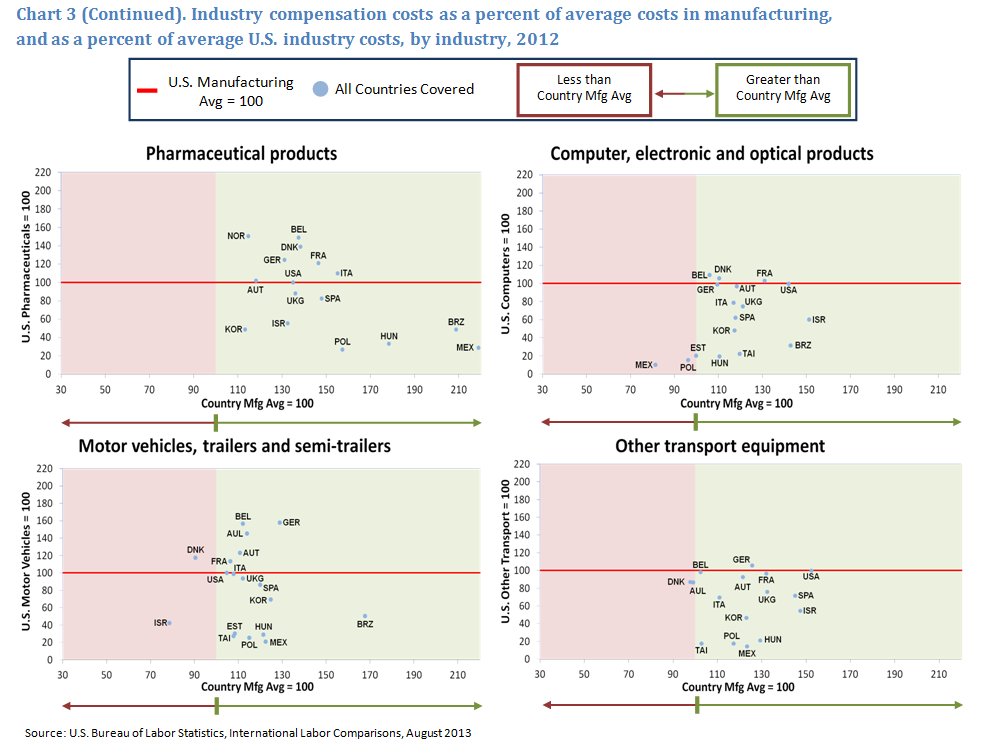