What is labor productivity?

What is multifactor productivity?

What is unit labor cost?

Why does productivity change?

Why is productivity important?

How is productivity measured?

What is available and how do I access it?

What data are not available?

How is productivity measured? > Output

How is output measured?

Output is the quantity of goods and services produced in a specific time period by:

* BLS does not, in fact, measure productivity for individual businesses, so output is not measured at that level.

Output of a single business

For a single business producing only one good, output would simply be the number of units of that good produced in each time period, such as a month or a year. 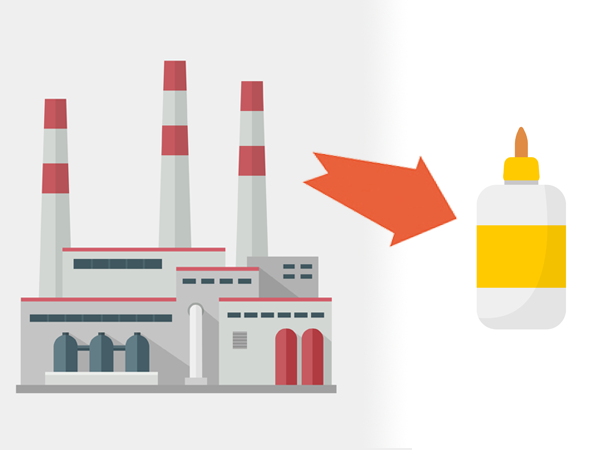 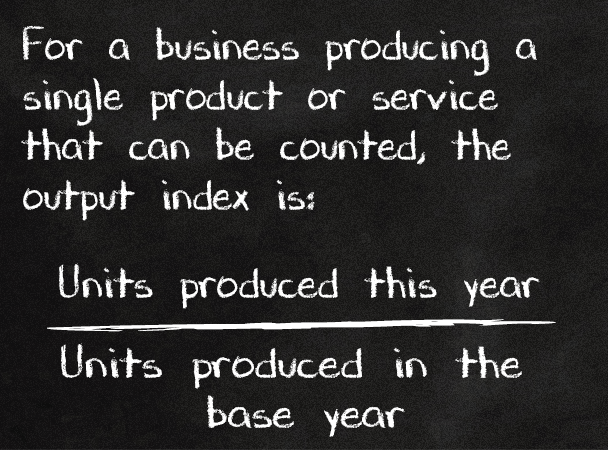 For many types of businesses, however, we cannot simply count the units of goods produced.

Some businesses do not produce goods for sale, but instead provide services. It is more difficult to count the number of units of output in such businesses.

Often, businesses produce more than one good or sell more than one service. It is difficult to add up, for example, 300 chairs, 60 tables and 100 beds to express the total output of a furniture business. 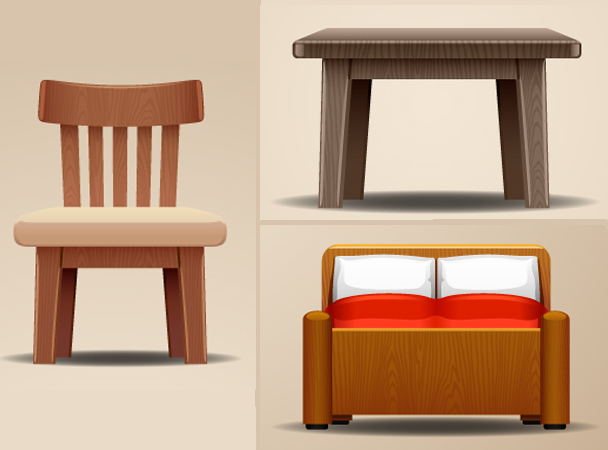 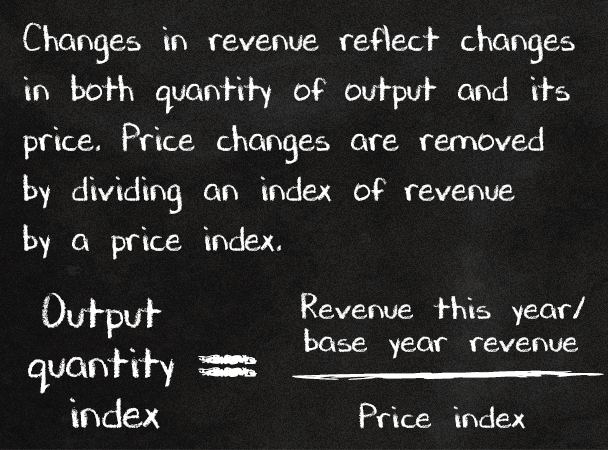 Output is typically measured by the dollar amount sold of goods and services, adjusted for price changes in these products over time.

Output of an industry or a sector

BLS measures output not for single businesses, but for groups of businesses, called industries or sectors.

Industries are classified using a numbering system, where the first 2 digits represent the sector, the 3rd digit represents the subsector, the remaining digits designate the industry. 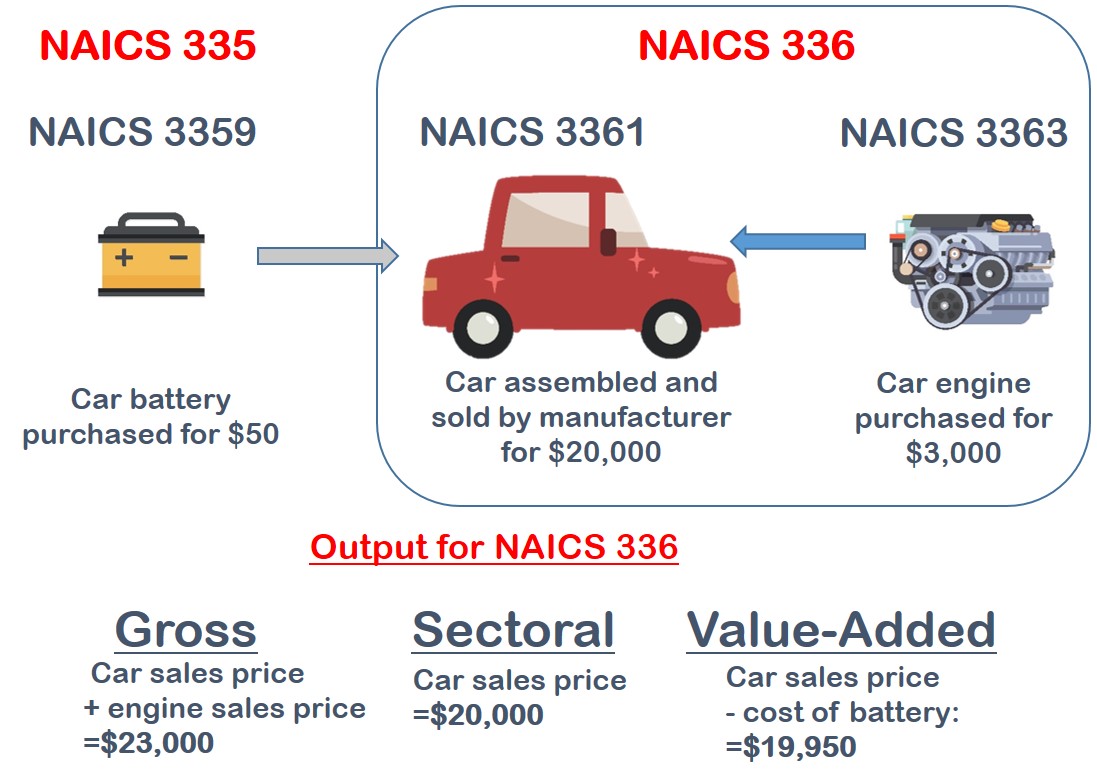 Sales revenue data are collected from businesses and published primarily by the Department of Commerce. BLS uses these data to calculate output for hundreds of specific industries, all sectors in the nonfarm business sector, and the total U.S. economy.

The largest sector for which BLS publishes productivity data is the business sector, which includes the manufacturing sector and all private non-manufacturing industries, including farming.

For an industry, output is the number of units of goods or services produced by the businesses in that industry for sale to consumers or to businesses in other industries. 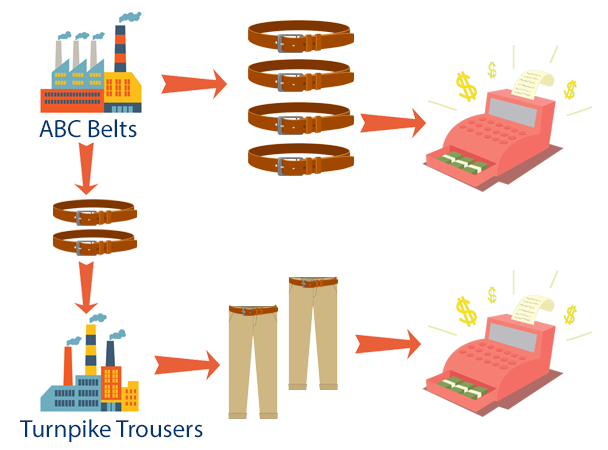 The different product output indexes are combined into one industry output index with greater weight given to those that make up a larger proportion of total revenue in the industry. 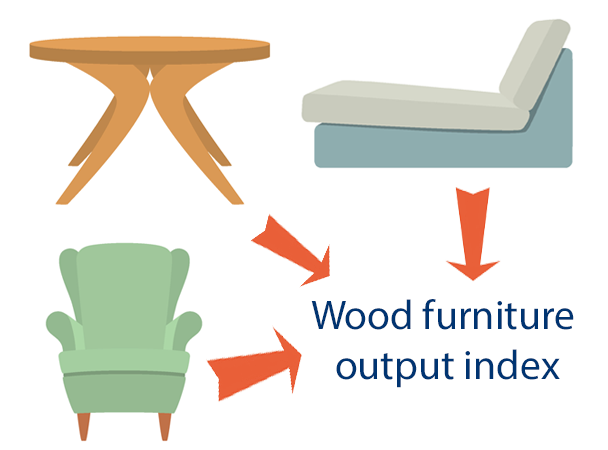 Within a sector, output that is sold to another company within the same sector must be removed to prevent that output being counted twice in the sector’s output. 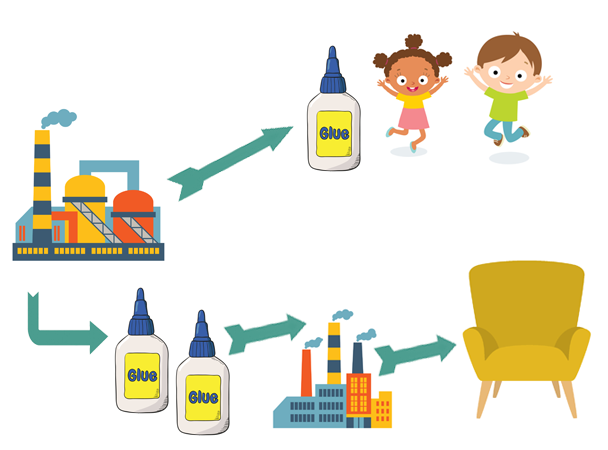 In the above example, some of the glue is sold to consumers, and some is used in the production of chairs.

To measure output for only the “Adhesives and Sealants” industry, all the revenue from glue sales would be counted, since no bottles are sold to other businesses in the same industry. 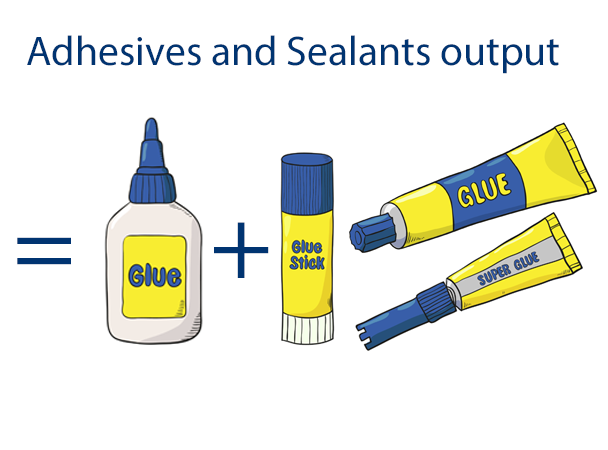 To measure output for the manufacturing sector, however, which includes both the Adhesives and Sealants industry as well as the Furniture industry, the revenue from selling glue to a chair manufacturer must be excluded. 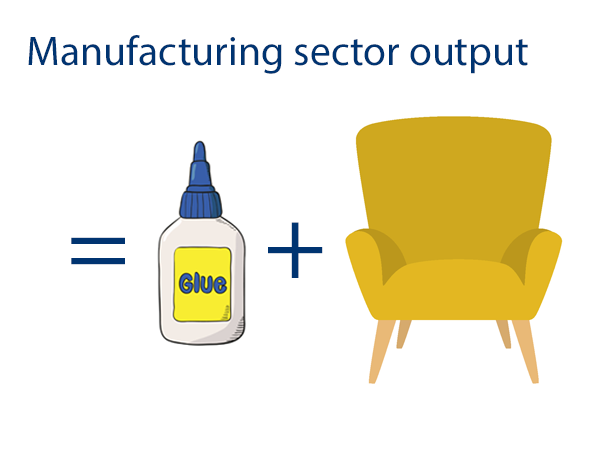 In a very large sector, many or most goods and services are sold to other producers to be used as inputs. The value of such inputs adds to the value of output of each firm in a chain leading to the final consumer.

For the largest sector for which BLS measures productivity, the U.S. business sector, nearly all output sold to other businesses is excluded.

To measure labor productivity for the business and nonfarm business sectors, BLS uses value-added measures of output published by the Bureau of Economic Analysis (BEA); they are closely related to real gross domestic product (GDP).

Data are both annual and quarterly, and permit computation of quarterly and annual labor productivity measures for these sectors.

Business sector output differs from GDP by excluding government, some nonprofits, and household production, where output can be very difficult to measure. BEA measures such output in GDP using the compensation paid to the workers in these areas.

Government services and the output of nonprofits are not sold in the marketplace, so these types of output can be difficult to measure. For example, what is the output of a charity? Often these outputs are measured by the wages and benefits - compensation - paid to workers producing these outputs.

Since productivity compares output to input, if the output is measured by the input, any time the input grows, the output grows by the same amount.

Measuring output by labor input is similar to including the same amount in the numerator as in the denominator of the labor productivity ratio.

This implies no productivity growth for that group of workers, dampening productivity change for the industry and sector. For this reason, BLS productivity measures exclude government, nonprofits, and private household production. 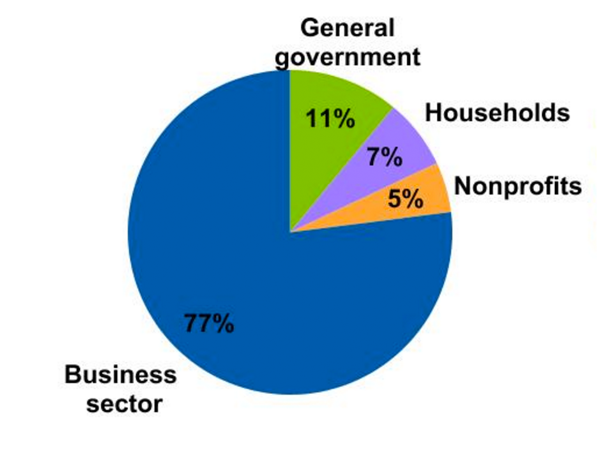 Source data for industries and sectors

For industries, BLS uses annual data on revenues and sales by industries from the U.S. Census Bureau as the basis for calculating output, and exclude sales between businesses in the same industry or sector.

Output is measured primarily as an index of product revenues, adjusted for price changes. Adjustments are made to ensure that output that is sold to another business within the same measuring unit (industry or sector) is excluded to prevent counting it more than once.