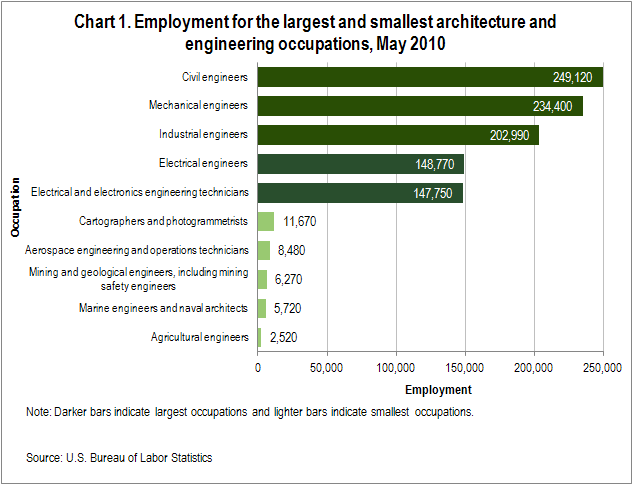 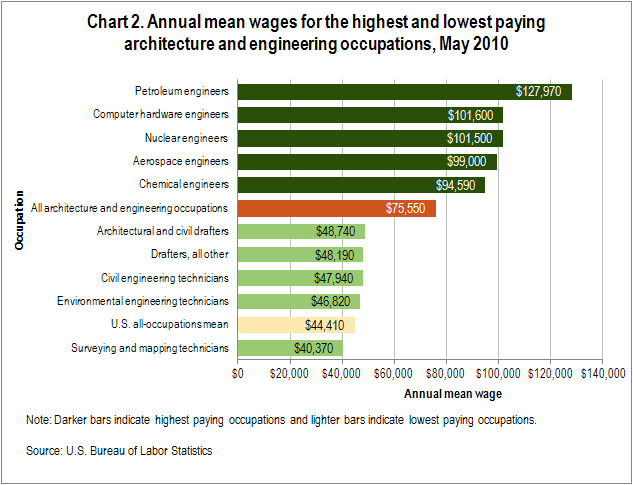 However, the distribution across industries varied for individual occupations within the architecture and engineering group. For example, more than 60 percent of petroleum engineers were employed in businesses that performed oil and gas extraction or support activities for mining, while industries employing the largest numbers of biomedical engineers included medical equipment and supplies manufacturing, scientific research and development services, and pharmaceutical and medicine manufacturing. 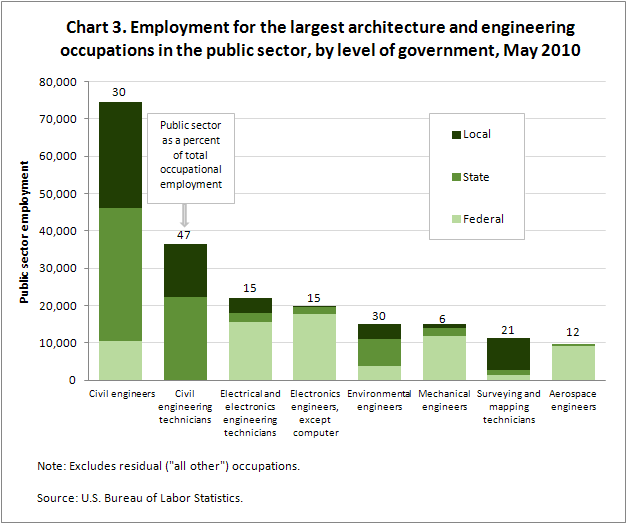 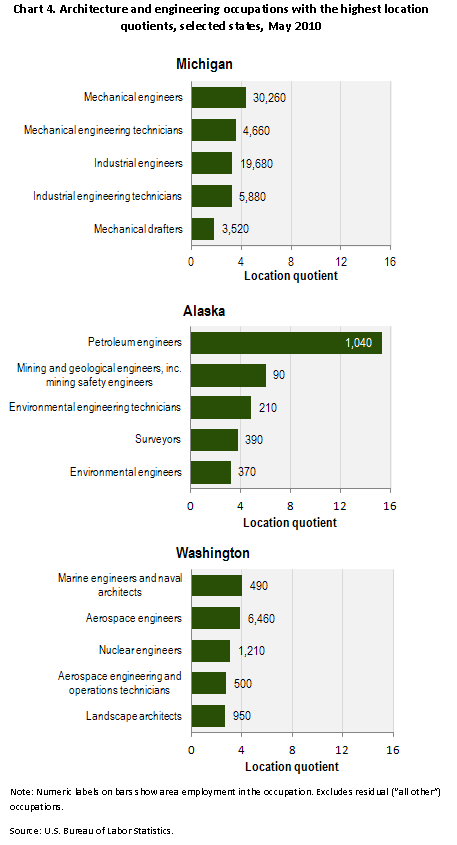 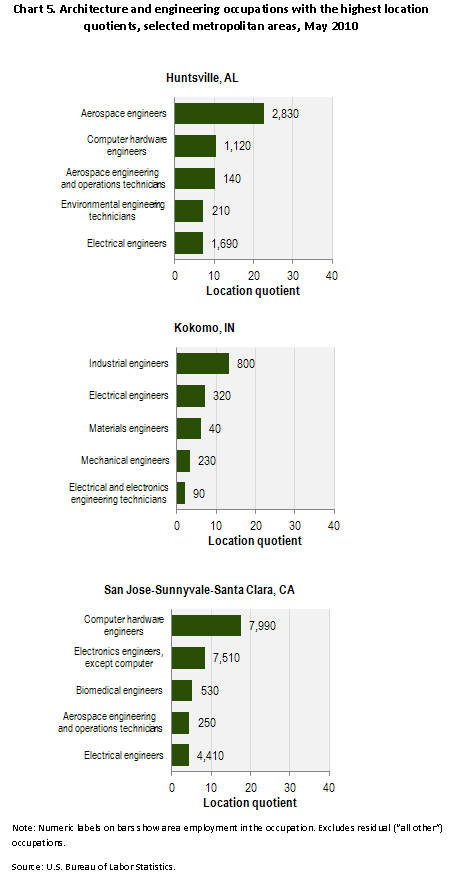 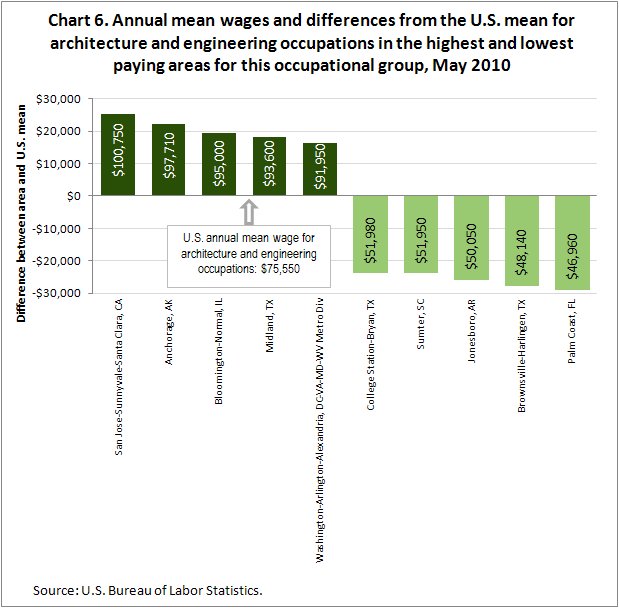 In general, the lowest paying areas for architecture and engineering occupations tended to be smaller metropolitan areas with below-average concentrations of these occupations. For example, the low-paying areas shown in chart 6 had overall employment ranging from 16,960 in Palm Coast, FL, to 123,680 in Brownsville–Harlingen, TX; of the areas shown, only College Station–Bryan, TX, had an above-average share of architecture and engineering jobs. The picture is more mixed for the highest paying areas. Some, such as San Jose or the Washington, DC, metropolitan division, were large metropolitan areas that were more likely to have above-average wages in general. Others, including Midland, TX, with overall employment of 64,210, were smaller areas. However, in general, areas with higher concentrations of architecture and engineering occupations also had higher wages for this group.