Private colleges employed a higher share of educators than State colleges did in May 2009—but also a higher share of managers. Education, training, and library occupations made up about 42 percent of employment in private sector colleges, universities, and professional schools, but 39 percent of employment in colleges owned by State government. The corresponding figures for management occupations were 8 and 6 percent, respectively. Overall, colleges, universities, and professional schools had employment of about 2.8 million in May 2009; about 41 percent of these jobs were found in the private sector, and about 58 percent in State government.1 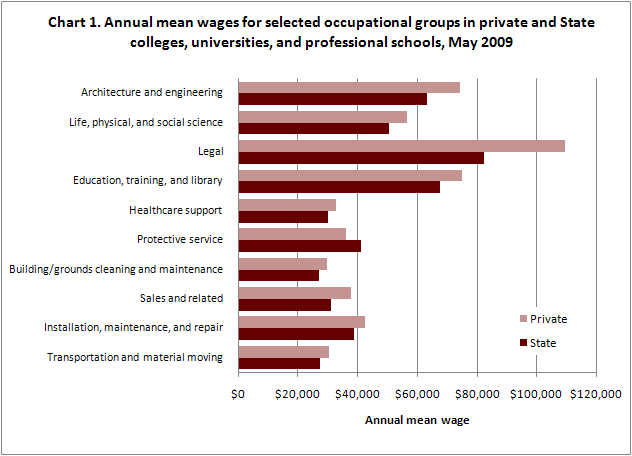 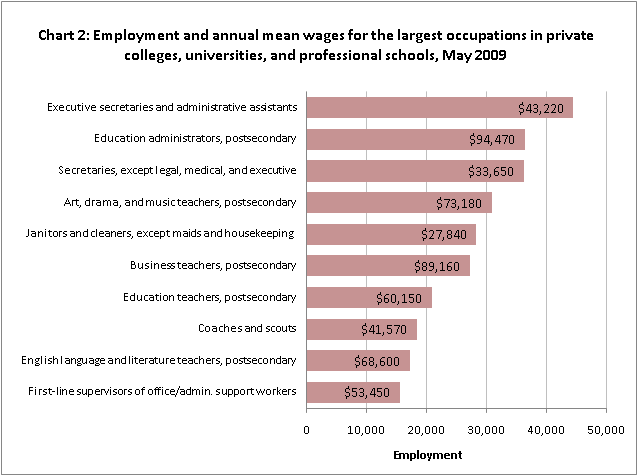 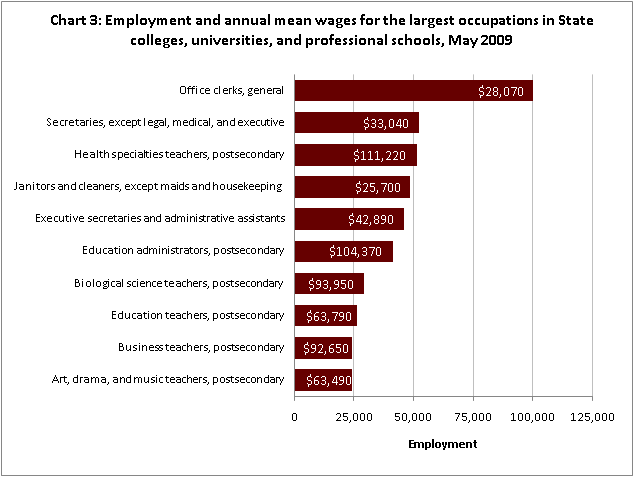 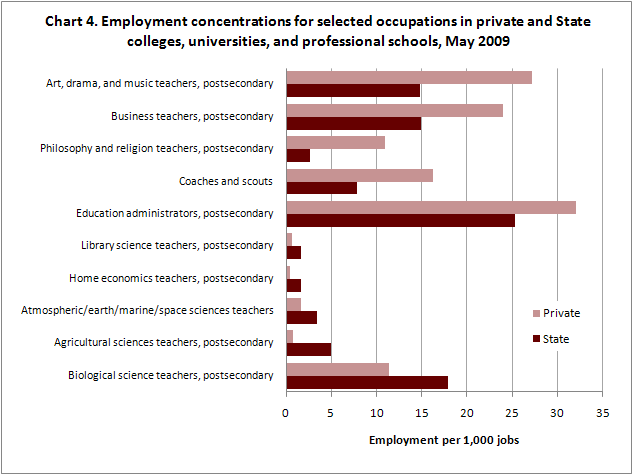 1Colleges, universities, and professional schools owned by local governments made up the remaining 1 percent of employment and are not discussed in this highlight. This industry includes schools that primarily grant bachelor’s and graduate degrees, and does not include other types of postsecondary institutions, such as junior colleges or technical and trade schools.