Montana employed bartenders at 3 times the national rate in May 2009, Delaware employed chemists at nearly 8 times the national rate, fast food cooks were 3 times as concentrated in Mississippi as in other parts of the country, and computer software engineers were more than twice as prevalent in Virginia as elsewhere. These comparisons are easily made through the use of location quotients. 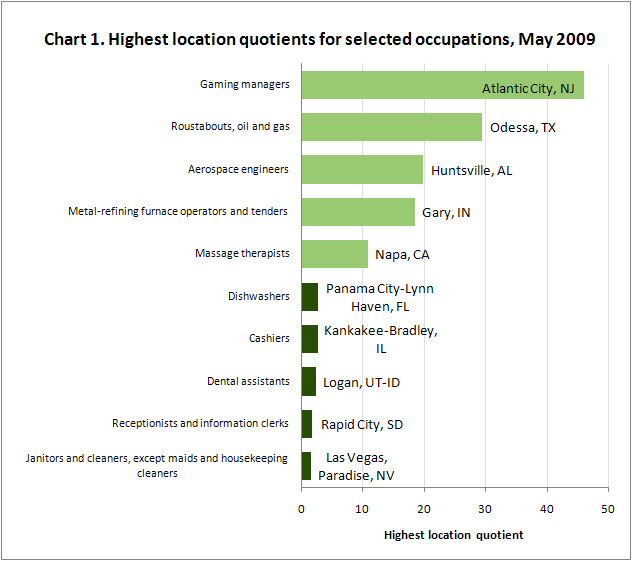 Other occupations were more concentrated and had very high location quotients in some areas. These were often occupations directly related to industries that are geographically concentrated. For example, the employment share of textile knitting and weaving machine setters, operators, and tenders in Dalton, GA, was nearly 197 times the national average; this area also had high location quotients for several other textile and apparel production occupations, as did other southern areas such as Hickory-Lenoir-Morganton, NC; Anderson, SC; and Greensboro-High Point, NC. 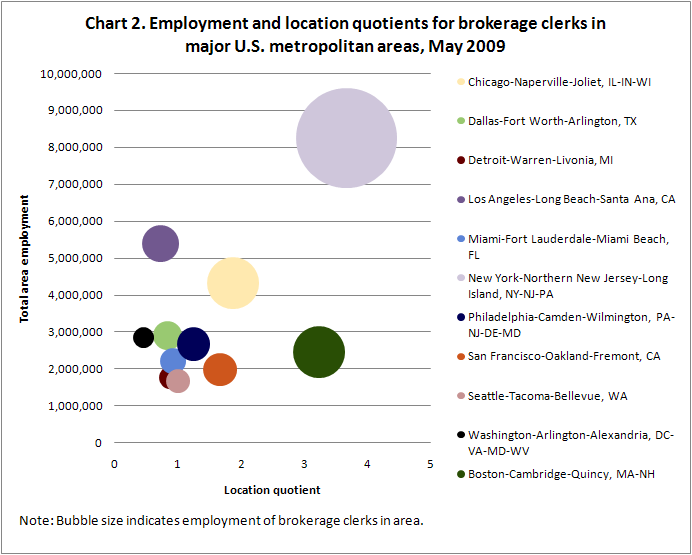 A closer look at two areas—Durham, NC, and Columbus, IN—is provided in charts 3 and 4. Durham, in the heart of North Carolina’s Research Triangle, had high location quotients for several life science occupations, including soil and plant scientists, microbiologists, biochemists and biophysicists, medical scientists, and epidemiologists. This area also had high concentrations of other occupations associated with scientific research, including natural sciences managers and statisticians, as well as computer systems software engineers and several other computer occupations not shown in the chart. 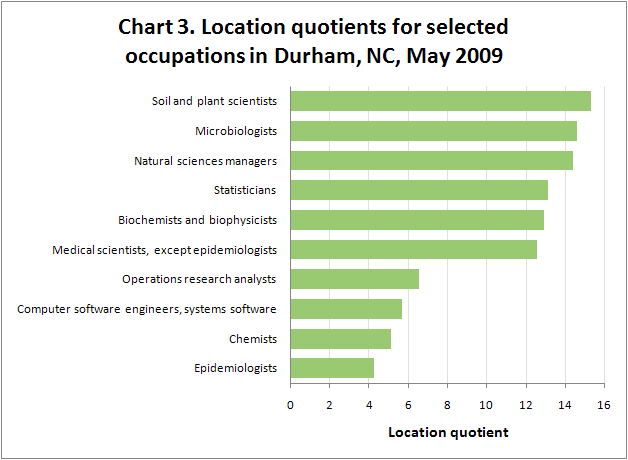 Columbus, IN, had high location quotients for a number of production occupations, including team assemblers; tool and die makers; inspectors, testers, sorters, samplers, and weighers; and several metal and plastic worker occupations. In addition, this area had high concentrations of several occupations associated with the design and engineering stages of the manufacturing process: the concentration of mechanical engineers was over 12 times the U.S. average, while both industrial engineers and mechanical drafters had concentrations nearly 7 times the U.S. average. 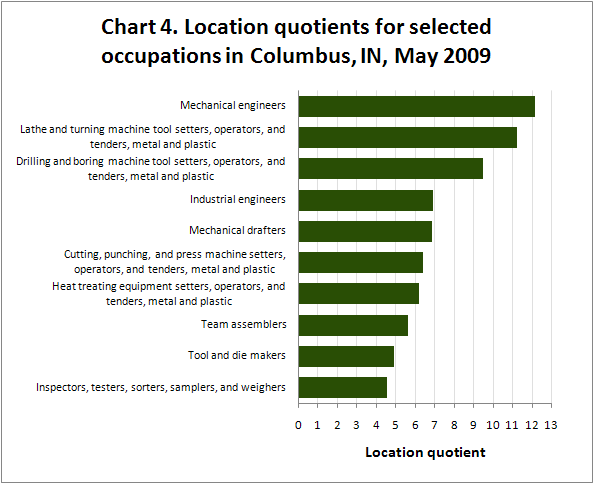 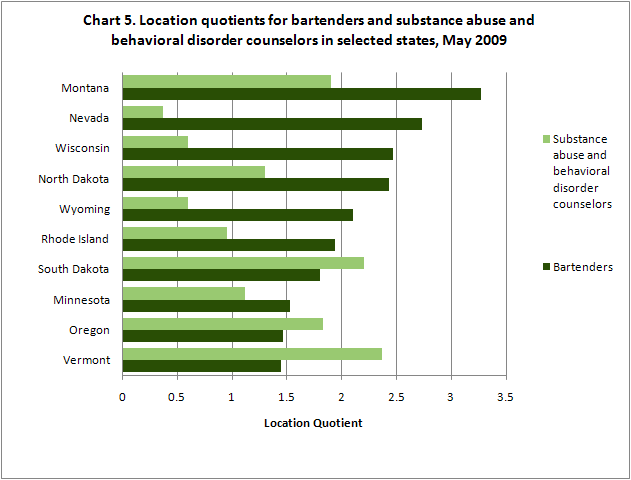 Location quotients can also help explain wage differences among areas. The composition of employment in an area influences the average wage in that area. All else equal, areas with higher employment shares of lower paid occupations such as fast food cooks and cashiers will tend to have lower average wages, in part because the concentration of employment in these occupations helps bring down the average area wage. The correlation coefficient on the share of fast food cooks in a state and the state’s cross-occupation wage was -.44, indicating that, generally, areas with higher concentrations of fast food cooks had lower average wages. (See chart 6.) 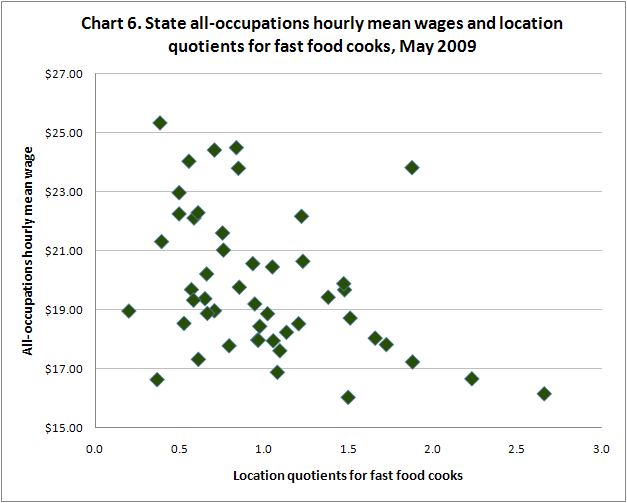