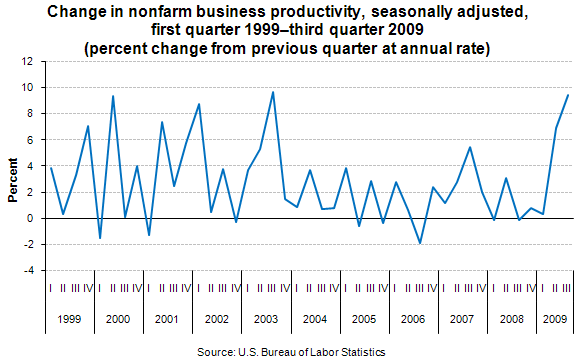 The four-quarter decline in hours was the largest in the series, which begins in 1948. Nonfarm business productivity rose 1.8 percent in 2008 and 2.6 percent per year on average during the 2001–2007 period corresponding to the last complete business cycle.