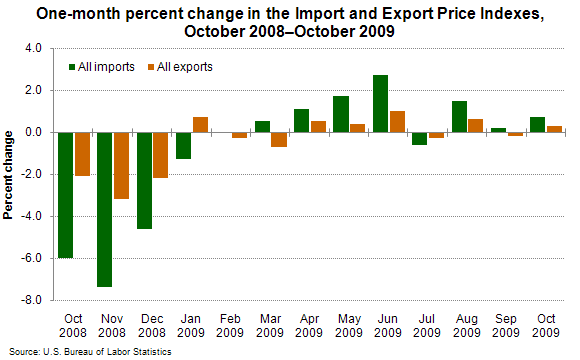 The increase in U.S. import prices in October continued the recent upward trend for the index. Import prices have risen in seven of the past eight months and were up 8.1 percent over that period. Despite the recent increases, import prices declined 5.7 percent for the year ended in October, driven by a 12.8-percent drop in prices between October 2008 and January 2009.