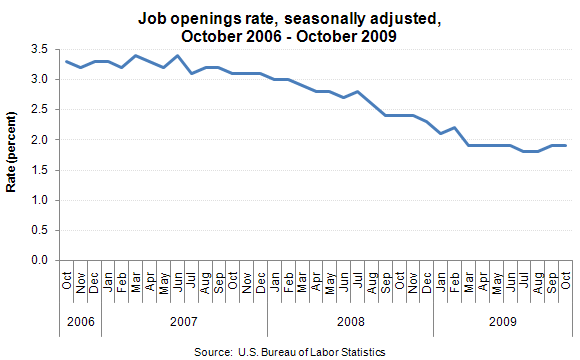 The job openings rate was essentially unchanged in every industry and region in October.