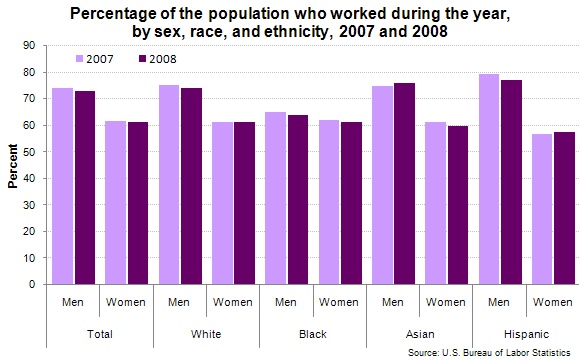 These data are from the Current Population Survey (CPS). To learn more, see "Work Experience of the Population — 2008" (HTML) (PDF), news release USDL-09-1500. These data are based on information collected in the Annual Social and Economic Supplement (ASEC) to the monthly CPS survey. The ASEC collects information on employment and unemployment experienced during the prior calendar year.