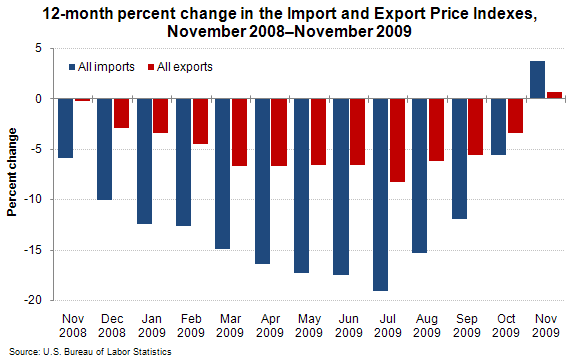 Over the past 12 months, import fuel prices increased 27.0 percent. A 35.5 percent rise in petroleum prices more than offset declining natural gas prices, which fell 31.3 percent despite the advance in November. The index for nonfuel import prices declined 1.0 percent over the past 12 months as decreases from November 2008 to March 2009 more than offset the recent increases.