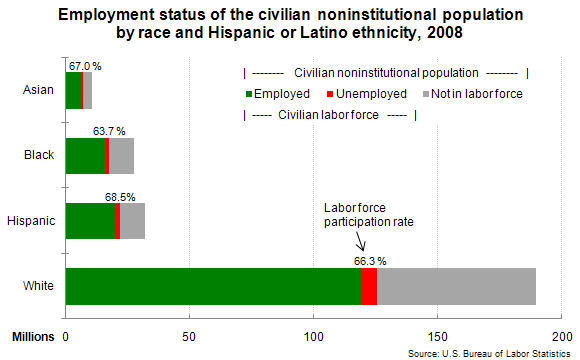 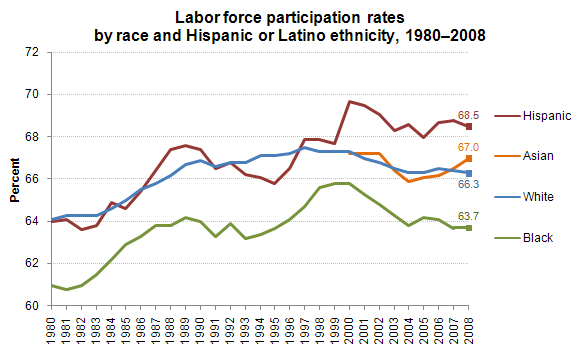 Compared with annual average data for 2007, the participation rates for whites and Hispanics were down slightly in 2008, while the rate for blacks held steady and the rate for Asians continued to trend up.

These data are from Current Population Survey. To learn more, see, "Labor Force Characteristics by Race and Ethnicity, 2008," Report 1020, November 2009.