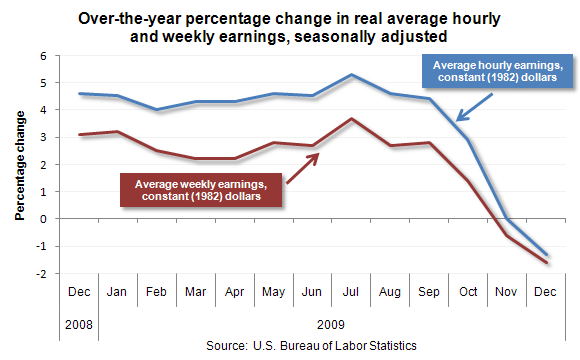 Effective with the release of January 2010 data on February 19, 2010, the U.S. Bureau of Labor Statistics will introduce changes to the Real Earnings news release text and tables in order to incorporate new all employee hours and earning data. New real earnings for all employees will be calculated using the 1982-1984 based Consumer Price Index for All Urban Consumers (CPI-U). Real Earnings for production and nonsupervisory employees will be revised to use the 1982-1984 based Consumer Prices Index for Urban Wage Earners and Clerical Workers (CPI-W). Previously, Real Earnings were calculated using an unpublished CPI-W with a base of 1982.