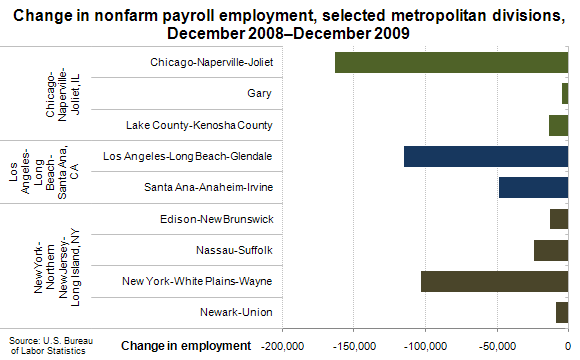 Bethesda-Frederick-Rockville, Maryland (part of the Washington-Arlington-Alexandria metropolitan area), was the only metropolitan division with an employment increase over the year (+3,100).

These data are from the Current Employment Statistics (State and Metro Area) program and are not seasonally adjusted. Data for the most recent month are preliminary. To learn more, see "Metropolitan Area Employment and Unemployment — December 2009" (HTML) (PDF), news release USDL-10-0139.