In January, the number of unemployed persons decreased to 14.8 million, and the unemployment rate fell by 0.3 percentage point to 9.7 percent. 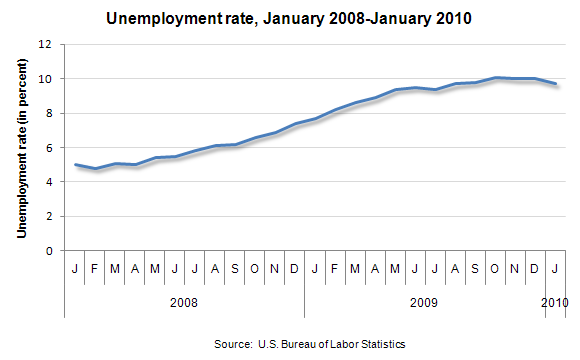 In January, the number of persons unemployed due to job loss decreased by 378,000 to 9.3 million. Nearly all of this decline occurred among permanent job losers.

These data are from the Current Population Survey and are seasonally adjusted. To learn more, see "The Employment Situation — January 2010" (HTML) (PDF), news release USDL 10-0141.