Youth at college and work 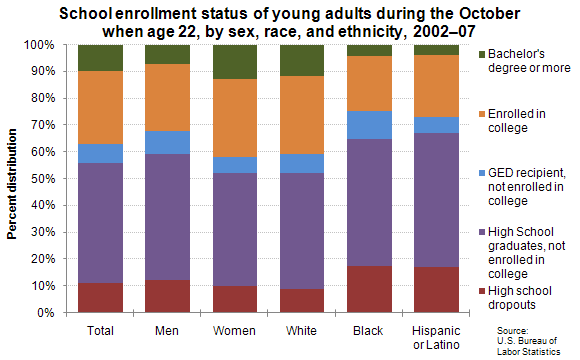 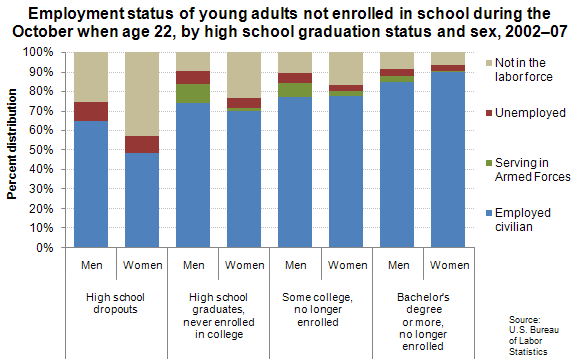 At age 22, labor force status differed substantially between high school dropouts, high school graduates who had never attended college, and individuals who had left college. Those with more education were more likely to be employed in civilian jobs.

These data are from the National Longitudinal Surveys. See "America's Youth at 22: School Enrollment, Training, and Employment Transitions Between Ages 21 and 22" (HTML) (PDF), news release USDL-10-0099, to learn more. These data are from the first 11 annual rounds of the National Longitudinal Survey of Youth 1997 (NLSY97), which is a nationally representative survey of about 9,000 young men and women who were born during the years 1980 to 1984.