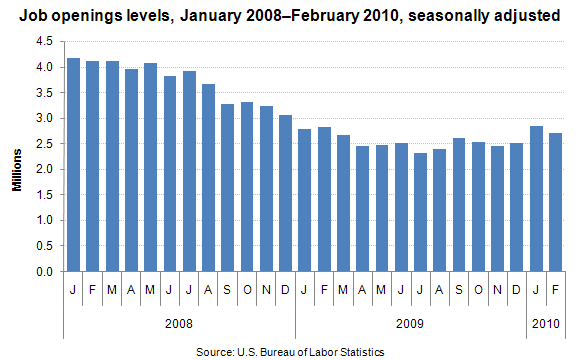 In February, the number of job openings was little different from 12 months earlier for total nonfarm, total private, and government.