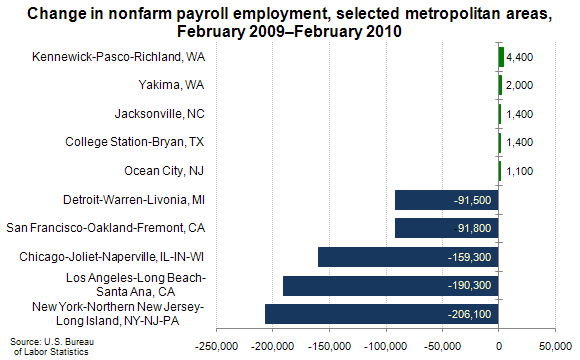 Among the 371 metropolitan areas for which nonfarm payroll data were available, 343 areas reported over-the-year decreases in employment, 26 reported increases, and 2 had no change.