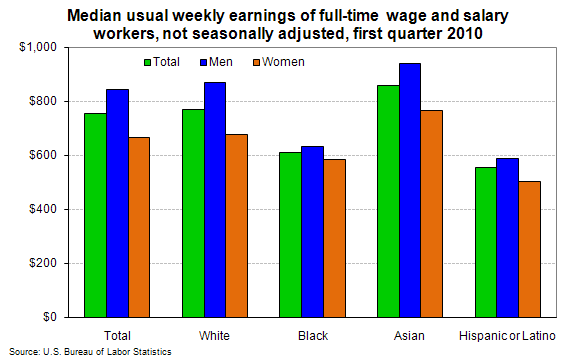 Overall, median weekly earnings of the nation's 96.8 million full-time wage and salary workers were $754 in the first quarter of 2010. This was 2.2 percent higher than a year earlier, compared with a gain of 2.4 percent in the Consumer Price Index for All Urban Consumers (CPI-U) over the same period.