Compensation costs increased for both civilian workers and private industry workers in March 2010 on a 12-month, not seasonally adjusted basis. Wages and salaries make up about 70 percent of compensation costs, while benefits make up the remaining 30 percent. 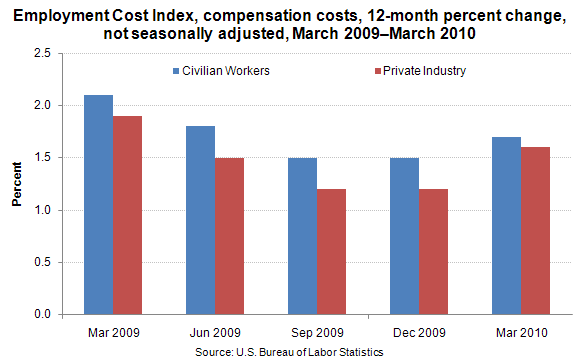