Employment and wages in the 10 largest occupations, May 2009 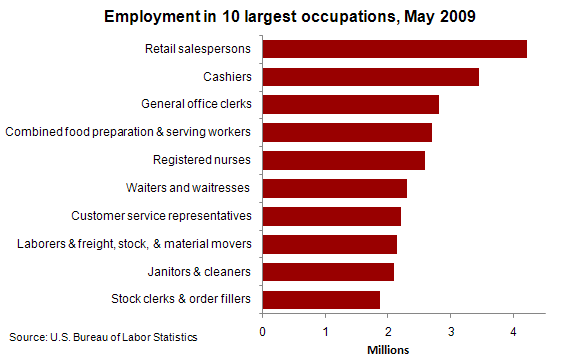 Occupations with the lowest employment in May 2009 included watch repairers, astronomers, and radio operators.