Families with unemployed members in 2009 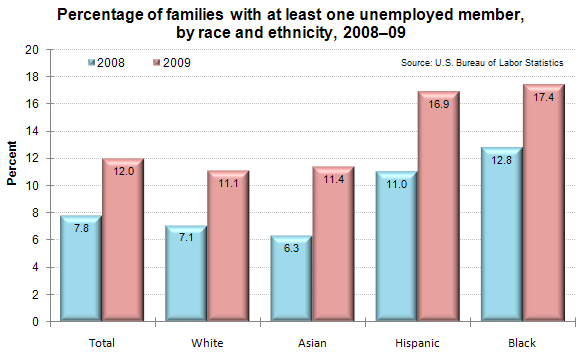 These data are from the Current Population Survey. To learn more, see "Employment Characteristics of Families — 2009," news release USDL-10-0721 (HTML) (PDF). A family is a group of two or more persons residing together who are related by birth, marriage, or adoption.