Import and export prices, May 2010 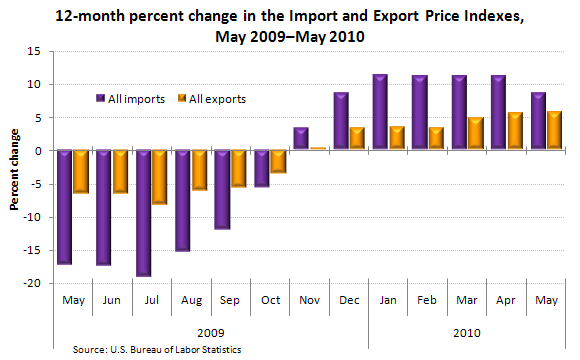 The price index for overall exports rose 5.8 percent for the year ended in May, the largest 12-month advance since a 7.0-percent increase between September 2007 and September 2008.

Prices for fuel imports have trended up over most of the past year, rising 33.9 percent. The price indexes for petroleum and natural gas advanced for the year ended in May, rising 35.9 percent and 17.0 percent, respectively.