Producer prices in May 2010 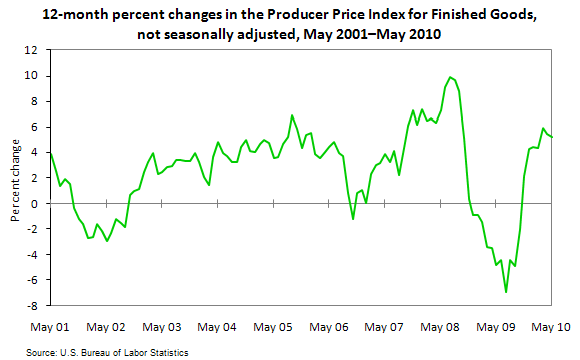 The Producer Price Index for Finished Goods moved down 0.3 percent in May, seasonally adjusted, following a 0.1-percent decrease in April and a 0.7-percent increase in March.

These data are from the BLS Producer Price Index program. To learn more, see "Producer Price Indexes — May 2010" (HTML) (PDF), news release USDL-10-0812. All producer price indexes are routinely subject to revision once, 4 months after original publication, to reflect the availability of late reports and corrections by respondents.