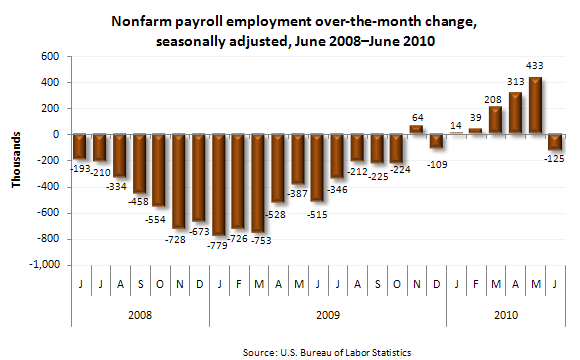 Total private employment edged up over the month (+83,000) due to modest increases in several industries. So far this year, private-sector employment has increased by 593,000 but in June was 7.9 million below its December 2007 level. 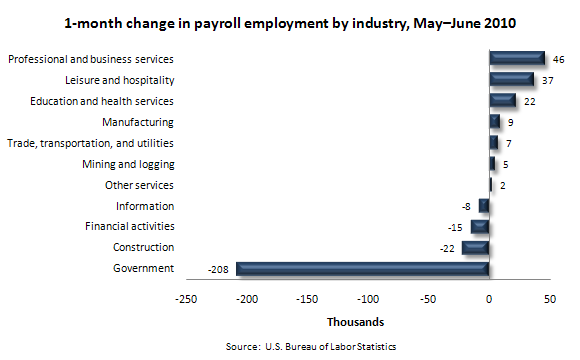 From May to June, within leisure and hospitality, employment in amusements, gambling, and recreation rose by 28,000.

These data are from the Current Employment Statistics program. These data are seasonally adjusted, and data for the most recent two months are preliminary. To learn more, see "The Employment Situation – June 2010," (HTML) (PDF) news release USDL-10-0886.