In July, 14 of the 19 major industry sectors in the private economy reported over-the-year decreases in initial claims, led by manufacturing, which reached a program low of 64,200 claims for the month. 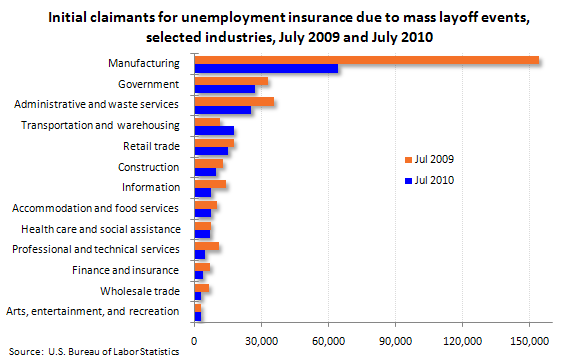 These data are from the Mass Layoffs Statistics program and are not seasonally adjusted. To learn more, see "Mass Layoffs — July 2010" (HTML) (PDF), news release USDL-10-1143. Each mass layoff event involves at least 50 people from a single employer.