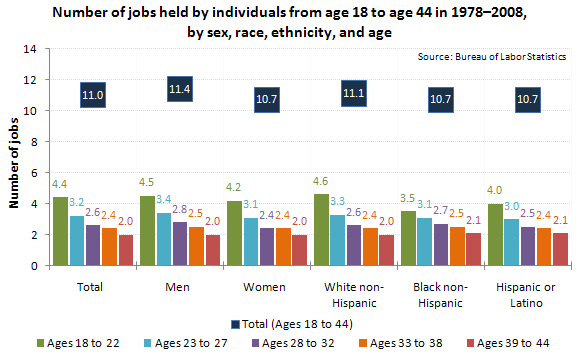 These data are from the BLS National Longitudinal Surveys. To learn more, see "Number of Jobs Held, Labor Market Activity, and Earnings Growth among the Youngest Baby Boomers: Results from a Longitudinal Survey" (HTML) (PDF), news release USDL-10-1243. Note that jobs that were held in more than one of the age categories were counted in each appropriate category, but only once in the total.