In January 2010, the median number of years that wage and salary workers had been with their current employer was 4.4. 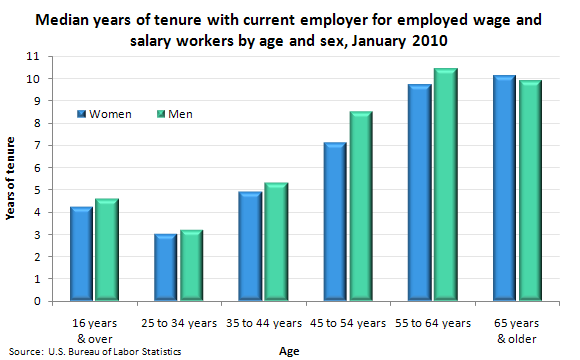 Also, among men, 30 percent had at least 10 years of tenure with their current employer, compared with 28 percent among women. 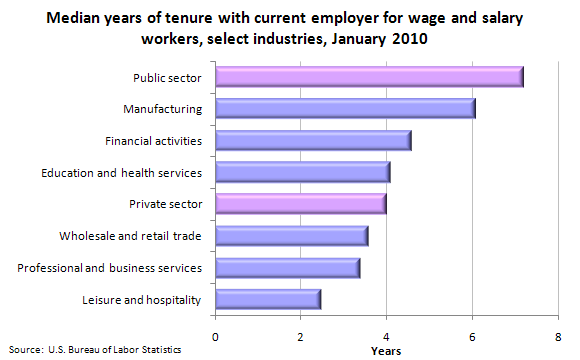 In January 2010, wage and salary workers in the public sector had nearly double the tenure of their counterparts in the private sector, 7.2 and 4.0 years, respectively.

These data come from the BLS Current Population Survey (CPS) program. Information on employee tenure has been obtained from supplemental questions to the CPS every 2 years since 1996. To learn more, see "Employee Tenure — January 2010" (HTML) (PDF), news release USDL-10-1278.