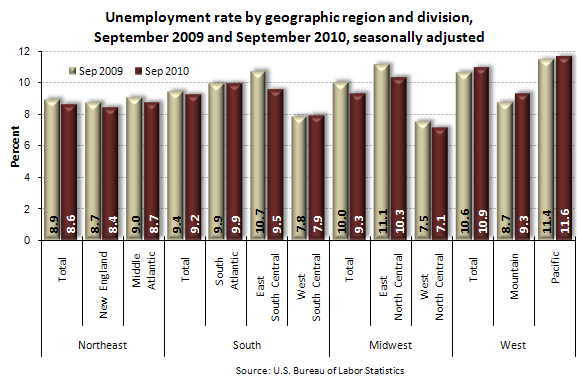 Over the year, the Midwest was the only region to register a significant rate change (‑0.7 percentage point).

In September, among the nine geographic divisions, the Pacific continued to report the highest jobless rate, 11.6 percent. The lowest unemployment rates were registered by the West North Central, 7.1 percent, and by the West South Central, at 7.9 percent.