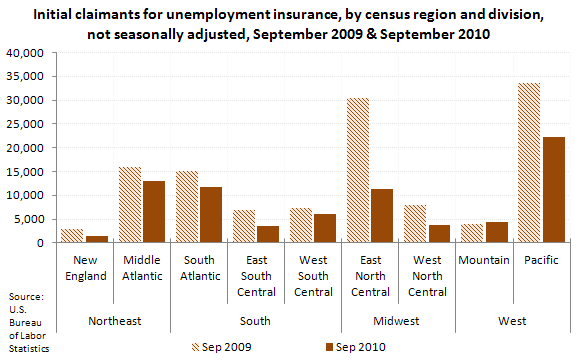 Of the geographic divisions, the East North Central and the Pacific had the largest over-the-year declines in initial claims.