Health insurance costs to employers and employees, 1999 to 2009 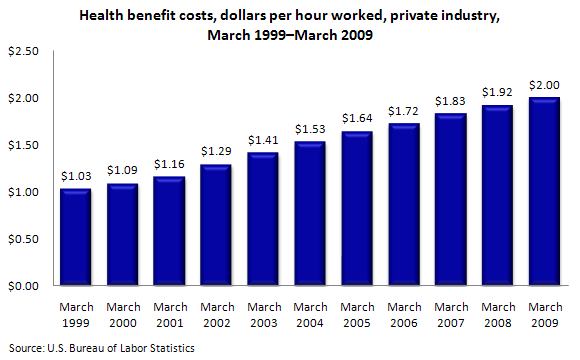 These data are from the Employment Cost Trends program. To learn more, see "Consumer-Driven Health Care: What Is It, and What Does It Mean for Employees and Employers?" in the October issue of Compensation and Working Conditions Online.