There were 3.2 million job openings on the last day of November. The job openings rate was essentially unchanged over the month at 2.4 percent. 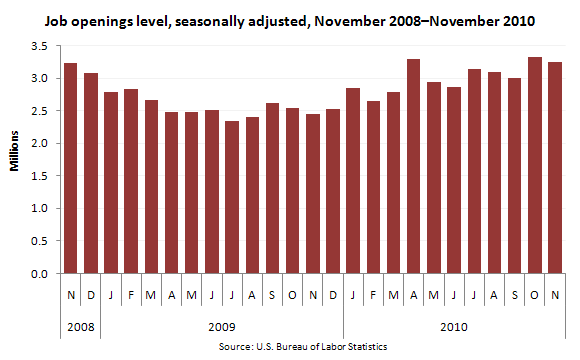 Since the most recent series trough in July 2009, the number of job openings has risen by 0.9 million, or 39 percent. This trough immediately followed the end of the recession in June 2009 (as designated by the National Bureau of Economic Research).

Even with the gains since July 2009, the number of job openings in November remained 1.1 million below the 4.4 million openings when the recession began in December 2007.