During 2010, visitors to the BLS website performed nearly 10 million searches using the BLS search engine (by entering search terms in the search box located on the upper right of most BLS webpages). The most-often-used search terms of 2010 relate to occupational information; most of them are occupational titles. 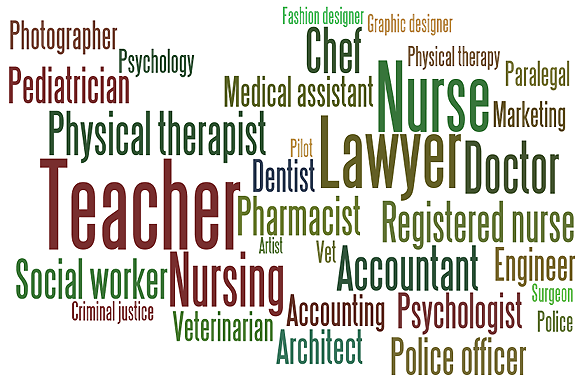 The most-used search term in 2010 was teacher (which accounted for almost 1 percent of all searches). Other occupational titles among the most-used search terms include lawyer, nurse, and doctor, followed by chef, accountant, and physical therapist. (These links lead to articles in the Occupational Outlook Handbook, a nationally recognized source of career information published by BLS. Additional career information may be found in the Occupational Outlook Quarterly.)

About half of the 20 most-used search terms are occupations that are most common in the health care industry. Employment in health care, incidentally, increased in 131 of the 132 months of the 2000–2010 period. 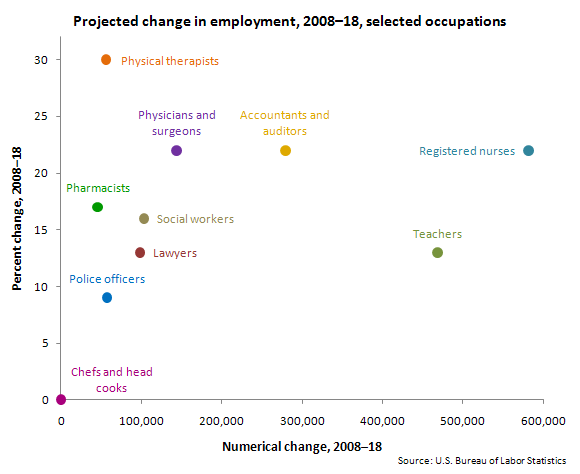 During 2010, BLS developed an enhanced search application that will be implemented throughout the BLS website.

Employment projections data are produced by the BLS Employment Projections program and appear in the Occupational Outlook Handbook. Data on industry employment are from the Current Employment Statistics program.