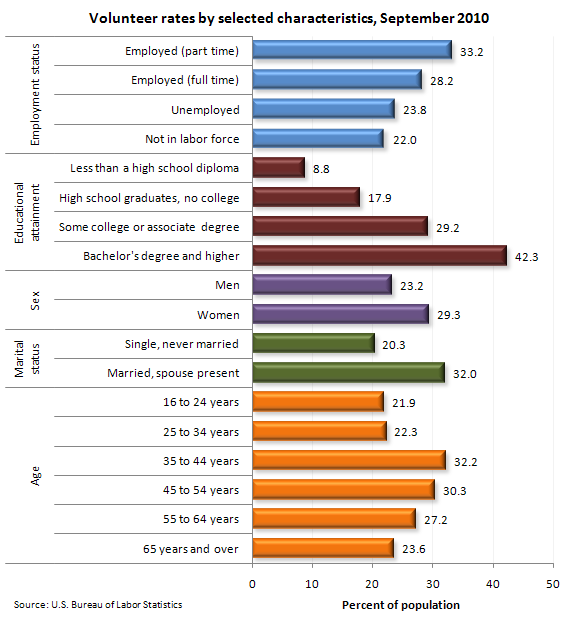 From September 2009 to September 2010, men and women tended to engage in different main activities for their main organization—the organization for which the volunteer worked the most hours during the year. Men who volunteered were most likely to engage in general labor (11.5 percent); coach, referee, or supervise sports teams (10.2 percent); or fundraise (9.3 percent). Female volunteers were most likely to fundraise (12.1 percent); tutor or teach (11.5 percent); or collect, prepare, distribute, or serve food (11.4 percent). 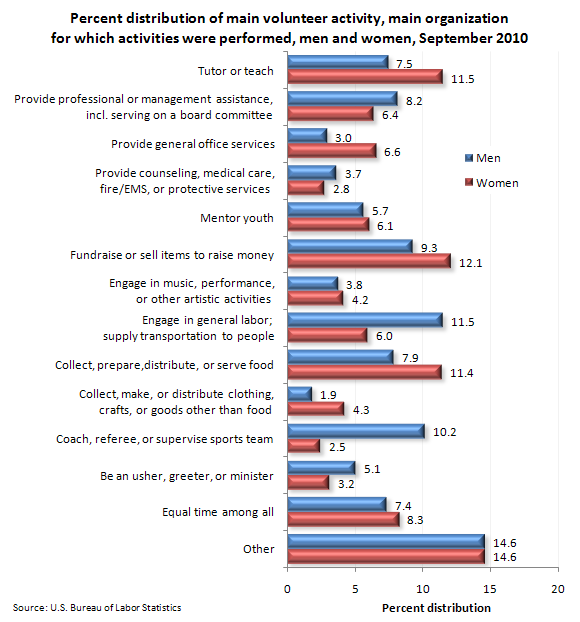 These data were collected through a supplement to the September 2010 Current Population Survey (CPS). For a variety of information on volunteering, see "Volunteering in the United States, 2010," (HTML) (PDF) news release, USDL 11-0084.