Women’s earnings and employment by industry, 2009 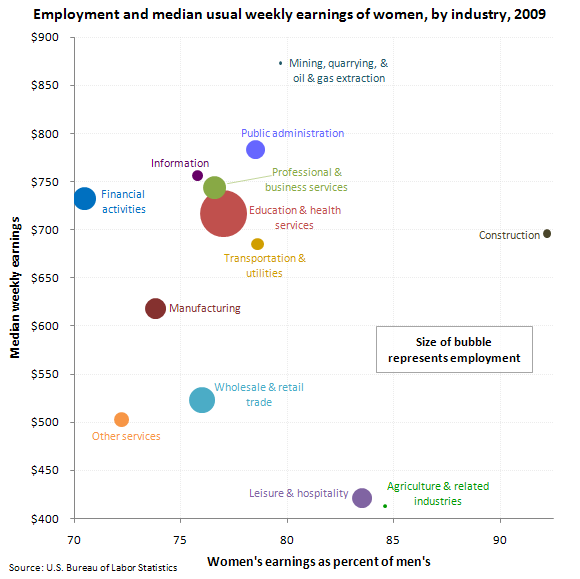 Median weekly earnings of women employed in mining, quarrying, and oil and gas extraction ($873) and public administration ($783) were substantially higher than the earnings of their counterparts employed in leisure and hospitality ($421) and agriculture and related industries ($413).

These data are from the Current Population Survey. To learn more, see Women in the Labor Force: A Databook (2010 Edition), BLS Report 1026, December 2010.