In 2009, manufacturing hourly compensation costs in the United States were lower than in 12 European countries and Australia, but higher than in 20 other countries. 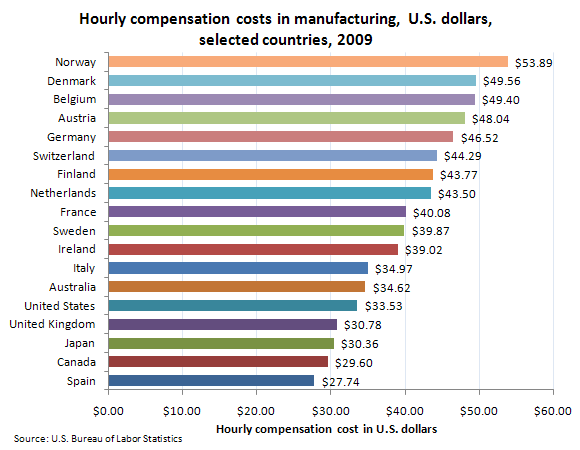 U.S. hourly compensation costs rose about 4 percent from the previous year to $33.53.

The 8 countries with the highest costs in Europe were 30-60 percent higher than the U.S. level, but costs in Canada and Japan were about 10 percent lower than the United States.