From September 2009 to September 2010, employment increased in 162 of the 326 largest U.S. counties. Elkhart, Indiana, posted the largest percentage increase, with a gain of 6.8 percent over the year, compared with national job growth of 0.2 percent. Within Elkhart, the largest employment increase occurred in manufacturing, which gained 5,570 jobs over the year (14.2 percent). 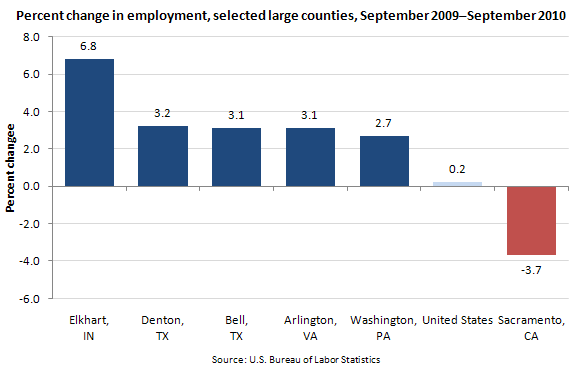 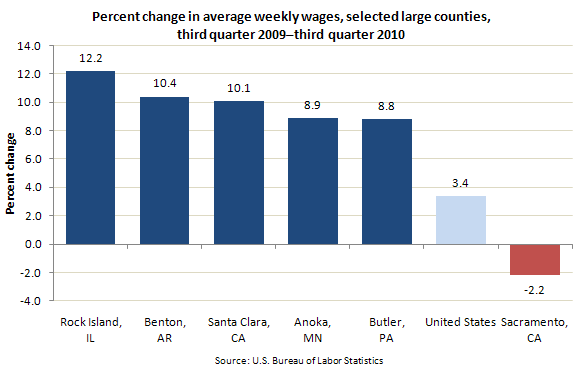 Sacramento, California, experienced the only decline in average weekly wages among the largest U.S. counties, with a loss of 2.2 percent over the year.