The overall job openings rate for all industries was 2.2 percent in April, essentially unchanged from the previous month. 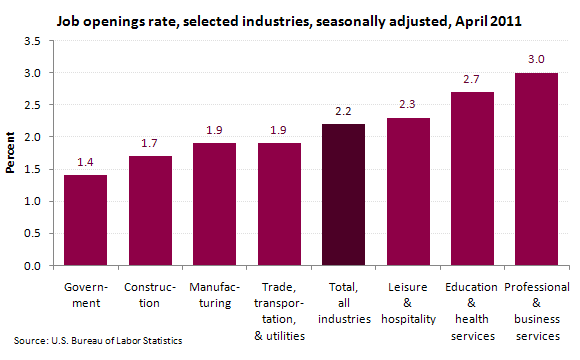