In June, of the 49 metropolitan areas with a Census 2000 population of 1 million or more, the highest unemployment rates registered in Riverside-San Bernardino-Ontario, California (14.2 percent) and Las Vegas-Paradise, Nevada (13.8 percent). 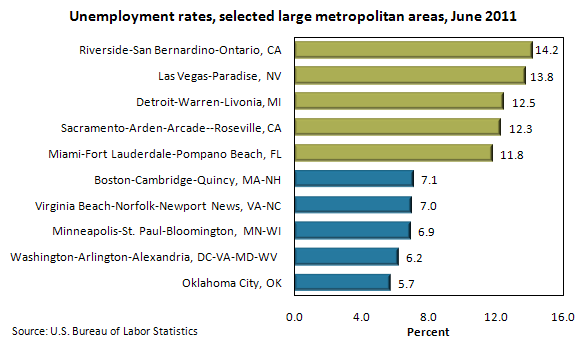 These data are from the Local Area Unemployment Statistics program and are not seasonally adjusted. The most recent month's data are preliminary and subject to revision. To learn more, see "Metropolitan Area Employment and Unemployment — June 2011" (HTML) (PDF).