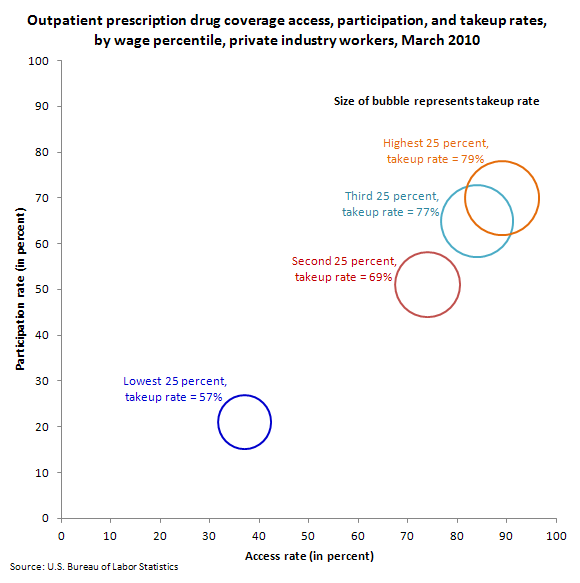 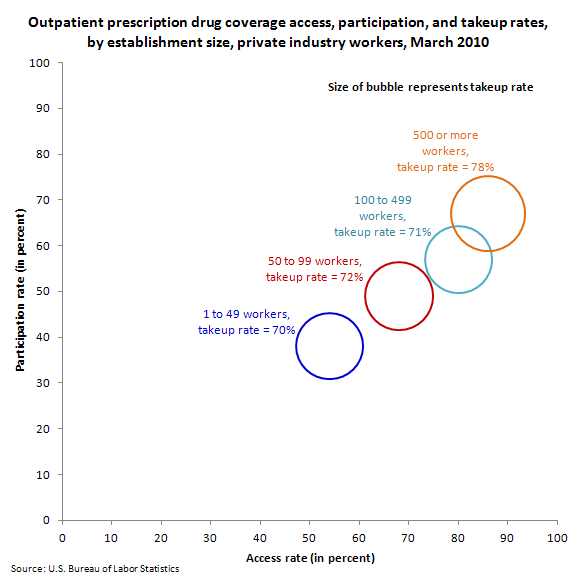 These data are from the National Compensation Survey – Benefits program. To learn more, see the Program Perspectives for August 2011, "Outpatient Prescription Drug Coverage" (PDF). Employees are considered to have access to a benefit plan if it is available for their use. Participation is the percentage of employees who actually enroll in a benefit plan. The takeup rate is the percentage of workers with access to a plan who participate in the plan.