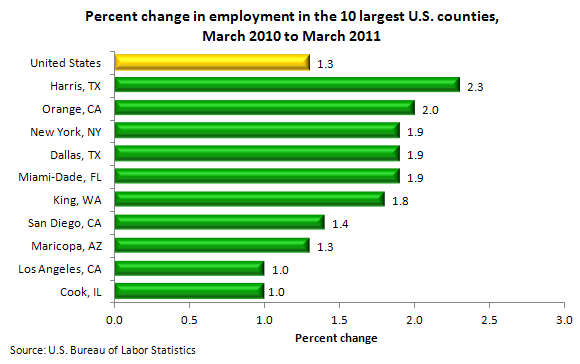 The five counties with the largest increases in employment level were Harris, Texas; New York, New York; Los Angeles, California; Orange, California; and Dallas, Texas. These counties had a combined over-the-year gain of 178,700, or 11.0 percent of the employment increase for the United States.

These data are from the Quarterly Census of Employment and Wages. The data are preliminary and subject to revision; they are for all workers covered by state and federal unemployment insurance programs. To learn more, see "County Employment and Wages: First Quarter 2011" (HTML) (PDF), news release USDL-11-1397.