The number of unemployed persons, at 14.0 million, was essentially unchanged in September, and the unemployment rate was 9.1 percent. Since April, the rate has held in a narrow range from 9.0 to 9.2 percent. 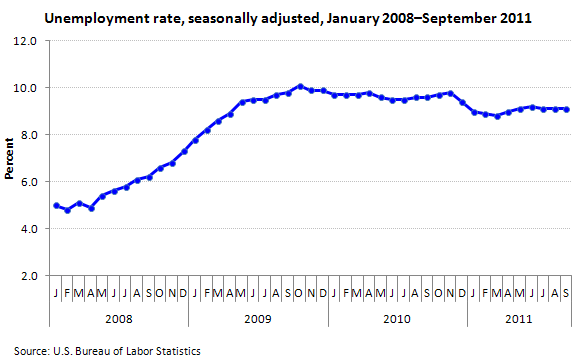 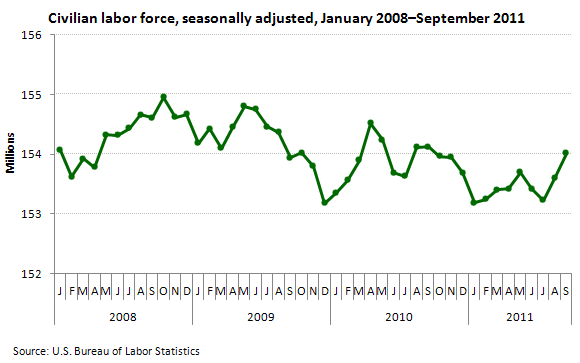