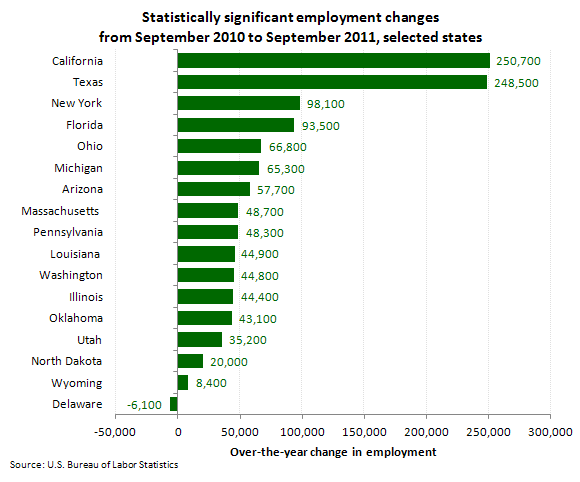 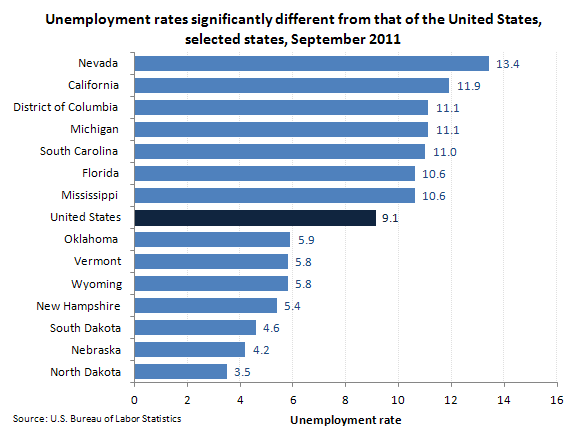 In total, 26 states reported jobless rates significantly lower than the U.S. figure of 9.1 percent, 10 states and the District of Columbia had measurably higher rates, and 14 states had rates that were not appreciably different from that of the nation.